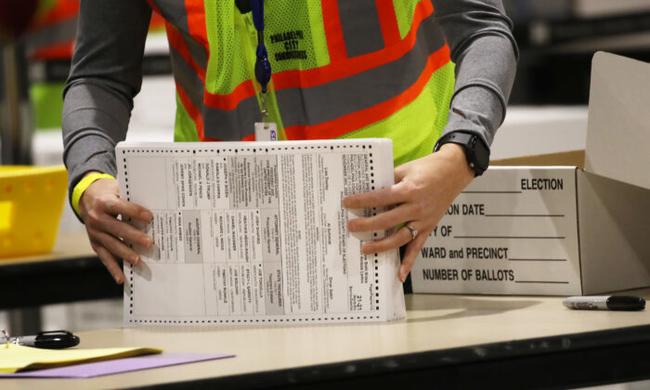 Alito granted a request by the state’s Republican party to separate mail-in ballots received between 8 p.m. Nov. 3 and 5 p.m. Nov. 6 from those that arrived by Election Day, in accordance with state guidance. He ordered (pdf) that those segregated ballots must be kept “in a secure, safe and sealed container separate from other voted ballots.”

The justice, however, did not order the counties to stop counting but instead ordered those ballots to be counted separately.

The Republican Party of Pennsylvania had filed a request (pdf) earlier on Friday asking the court for an order to log, segregate, and not take any actions over mail-in ballots received after Election Day.

The Republicans argued that the order was necessary because it was unclear whether all 67 county boards of elections were following Boockvar’s guidance issued on Oct. 28 (pdf) on ballot segregation. The filing stated that while 42 counties confirmed that they would follow the guidance, the 25 remaining counties had not responded to whether they were segregating late-arriving ballots.

Moreover, Boockvar’s guidances are not legally binding on the county boards of elections, which means the counties may choose not to follow the guidance, the party added.

The Republicans also raised concerns that Boockvar had reserved the right to change her guidance or to provide further direction over the ballots. They said that the secretary had done so when it issued new guidance on Nov. 1 (pdf) directing county boards to count late-arriving ballots.

“In short, an order from the Court is badly needed. But given some county boards’ refusal to confirm that they are segregating ballots and the Secretary’s changing guidance, an order requiring segregation of ballots may not suffice to preserve RPP’s appellate rights,” the Republicans wrote.

“An order at this juncture is necessary to preserve this Court’s jurisdiction to resolve this matter on the merits, as well as its ability to enter an appropriate remedy for this general election,” they added.

The Supreme Court has yet to decide on whether to review the case at hand.

Alito said in his order that he had not been informed that the guidance issued on Oct. 28, “which had an important bearing on the question whether to order special treatment of the ballots in question,” had been modified.

He also directed any responses to the application by 2 p.m. Nov. 7.