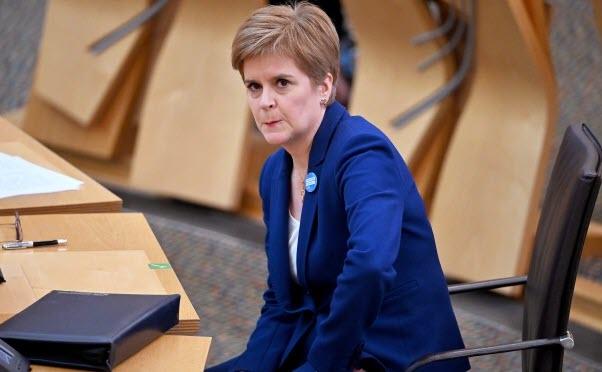 Here’s our weekend roll-up of the most ridiculous stories from around the world that are threats to your liberty, risks to your prosperity… and on occasion, inspiring poetic justice.

Woman in labor wouldn’t go to hospital until she voted

Last week when a woman went into labor, she had just one thing on her mind. It wasn’t the safety of her child, or even herself. Instead, her top priority was, “I need to vote!”

Concerned that she wouldn’t be able to vote after giving birth, she had her husband stop off at an early voting center on the way to the hospital.

She cast her ballot amid controlled intentional breathing to ease the pain of contractions.

The media acted like this was a cute, feel good story about the importance of voting.

In reality, it shows what you might call election derangement syndrome.

In what world is voting more important than receiving the most prompt medical attention to ensure you and your unborn baby are as healthy as possible?

After a Kentucky State Police officer shot and killed a suspect, a lawyer filed an open records request.

Amid the documents was included a training presentation for new cadets of the Kentucky State Police.

The slideshow entitled “The Warrior’s Mindset” encouraged trainees to maintain “a mindset void of emotion” and become a “ruthless killer.”

The slideshow also quoted Adolf Hitler… three times. That made Hitler the most quoted man in the presentation.

One quote taken from Mein Kampf stated, “the very first essential for success is a perpetually constant and regular employment of violence.”

And one of the closing slides of the presentation states without explanation, “Über Alles.”

“Deutschland, Deutschland über alles,” means “Germany, Germany above everything,” and is part of a verse of the national anthem closely associated with the Nazis.

Because of COVID lockdowns in Scotland, a man named Brian Smith was not allowed to attend his uncle’s funeral.

In reaction, he sent a series of angry emails to the leader of the Scottish National Party, Nicola Sturgeon, who was responsible for the strict rules.

One of the profanity laced emails included images of Sturgeon depicted as a Nazi.

For that, Smith was charged with “telecommunications offences” which typically involve threats and abuse… even though there were no threats made.

Clearly it appears that free speech in Scotland is already dead, but the government is just getting started.

In August we talked about a Scottish Hate Crime Bill that would outlaw “stirring up hatred.”

The bill includes language that wouldn’t just make it illegal to use hate speech (in whatever way the government chooses to define this in its sole discretion).

It would also make it illegal to use hate speech in a theatrical performance, or to possess “inflammatory material” which could “stir up hatred”.

So basically the government could ban any book it wants, from “To Kill a Mockingbird” to the Bible.

He testified that it should extend into the home and regulate what people say in private.

This could make it illegal to make crude jokes, teach your children about biological gender, or even indicate your personal preference for one religion over another.

AOC pushes bill to introduce government banks across the US

It would create federally-funded, government-owned banks across the nation, to hand out loans at low interest rates to the “unbanked and underbanked.”

But cities and states on the verge of insolvency could also take advantage of the easy taxpayer-funded loans provided by these banks.

Since many of these governments shot themselves in the foot with COVID-19 lockdowns, tax revenue is down.

This would allow them to continue irresponsible spending, and go further into debt to run basic operations, with little hope of ever paying the loans back.

Sounds like another enormous debt bubble of bad loans to people and businesses unable to pay them back, with no collateral.

What could possibly go wrong?