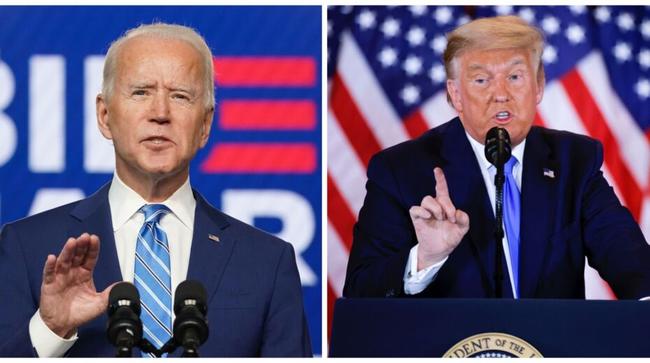 One contradiction about the American presidential election is this: for all the intense media attention and commentary around the world one would expect the result to perhaps portend immense consequence. The mundane reality, though, is that there will be little of appreciable consequence for US relations with the rest of the world.

The United States will continue to conduct itself as if it is above international law, interfering in other nations’ affairs, abusing its privileged dollar fiat currency, and unilaterally using violence and war to enforce its objective when it deems necessary.

Every American president over the past century has engaged in all of these criminal practices. How could we expect any difference with a change of face in a system dictated to by the same corporate power? Only when the system of power fundamentally changes then can we expect to see meaningful change towards the better.

It looks like Democrat contender Joe Biden has won enough votes to gain the White House against incumbent Republican President Donald Trump. The idiosyncrasies of the American electoral system mean that tallying of votes drags on for several days beyond the official election date on November 3. Given the closeness of the race there will also be legal contesting of the results, especially from the Trump campaign which at an early stage has made dubious claims about ballot fraud.

However, as noted above, it hardly matters who finally wins the White House and is inaugurated as the 46th president on January 20. Trump’s past four years have amply demonstrated that any hopes for an improvement in US-Russia relations have been dashed. Trump was not merely held hostage by a revival in Cold War anti-Russian prejudices among the Washington establishment. He lent his own personal touch to deteriorating bilateral relations with such policies as undermining arms controls negotiations as well as attacking Russian energy trade with Europe through the Nord Stream pipeline.

For his part, Biden has voiced more vehement antagonism towards Russia than Trump. There are reasons to be wary of any new White House and how US foreign policy could become marginally even more aggressive.

What is patently clear is how bitterly polarized and divisive US domestic politics have become. This is due to the historic failing of the two-party system which has, over decades, left whole swathes of the population, in particular the majority working class, alienated from the political class. There is irreparable distrust and distortion among the American populace. To the point where it would seem impossible for any nominal winner of the election to be able to command a mandate.

A tried and trusted mechanism for galvanizing is to “unite” the people by rallying them around the flag against some designated foreign enemy. Given the increasing unwieldy, fractious nature of American society, it is all the more imperative for the US ruling class to impose some level of coherence in order to restore the essential authority of governing power. With this paramount need to shore up a sense of authority, it can therefore be expected that American foreign policy will become more aggressive and militaristic in the next four years.

So any notion that the presidential election might permit some kind of benign reset in US global relations is woefully misplaced.

The US ship of state has been on a sped-up course for collision and conflict for many years, if not decades. Changing a captain figurehead in the bridge is not going to change the baleful course that is determined by the power interests of Big Business, Wall Street and the Pentagon’s military-industrial complex in the pursuit of American capitalist profits.

That being said, however, the rest of the world should not let its wariness of Washington’s misconduct allow it to become transfixed by America’s flailing global ambitions. The world has changed dramatically from the bygone days of the US as a formidable superpower. New centers of power have emerged in a multipolar world, in particular the paradigm shift in the global economy to China and Eurasia. Russia and China are steadily solidifying their strategic economic partnership. They will and should continue on this path of co-development with other nations, and let Washington stew in its own failures.

In a very real way, the rest of the world should stop paying so much attention to the American spectacle. It’s like watching a “reality TV show” which has little consequence except sapping the viewer’s energy. Better to get off the proverbial couch and get on with building an alternative, real world.