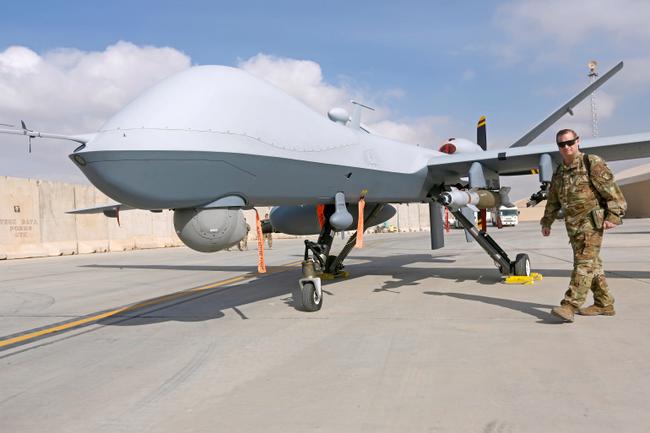 
The to be expected stern Chinese response to the recently announced MQ-9 Reaper drone sales to Taiwan came a day after the State Department’s formal approval was announced Tuesday. Beijing warned on Wednesday that any and all US arms sales to Taiwan break Chinese law and are a blatant violation of the One China principle as well as prior agreements with Washington.

The US State Department earlier this week said it has approved four armed MQ-9 Reaper drones to Taiwan in a deal worth $600 million.

Chinese foreign ministry spokesman Wang Wenbin said at a press briefing Wednesday that the sales “severely violate the one-China principle and the three U.S.-China joint communiqués,” according to UPI.

He said it “seriously undermines China’s sovereignty and security interests, and sends out wrong signals to ‘Taiwan independence’ separatist forces.” He further said at a moment that multiple defense systems sales are in progress that “China firmly opposes such acts.”

Wang warned that “legitimate and necessary reactions to firmly safeguard national sovereignty and security interests” will follow, however, it remains uncertain whether Beijing has a big enough card to play (that is, equivalent to something as provocative as the US arming up a breakaway independent island right of China’s mainland).

The Trump administration defended the sales as part of “continuing efforts to modernize [Taiwan’s] armed forces and to maintain a credible defense capability.”

Specifically the maritime monitoring outfitted drones are intended to bring the American and Taiwanese militaries into closer intelligence-sharing, and as part of ‘early warning’ systems intent on deterring any Chinese attack, according to one analyst cited in a regional report Thursday.

Meanwhile, it’s expected that the Chinese PLA Army and Navy will continue to ramp up their presence around Taiwan, including in the contested waters of the Taiwan Strait. Over the past two months there’s been an uptick in active PLA military exercises to a degree that’s unprecedented.

PLA drills in the area now seem to be conducted on a near weekly basis, dramatically increasing the likelihood of an armed confrontation with US naval patrols in the region who have also lately traversed the strait in ‘freedom of navigation’ exercises.