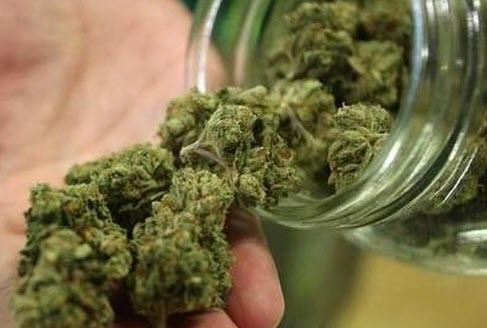 
Just yesterday we wrote about a ballot initiative in Oregon that decriminalized hard drugs, including cocaine, heroin, meth and magic mushrooms. Meanwhile, on the other side of the country, New Jersey was approving a constitutional amendment to legalize cannabis in the state.

New Jersey authorized the legal use of recreational marijuana on election day after what the NY Times called “years of legislative failures” to do so. Supporters of the bill pointed to the disproportionate number of arrests occurring in minority communities as a result of marijuana.

The initiative passed by a “wide margin” and the next step now becomes state officials starting a “potentially lengthy” process of establishing rules around issuing cannabis licenses. The vote is also expected to pressure surrounding states like New York and Pennsylvania to follow suit.

State Senator Liz Krueger of New York said: “I’m going to cheer on New Jersey and hope that it helps us beat them to the punch.”

The state is planning to tax 6.625% on marijuana sales. Municipalities have the option of charging an extra tax of up to 2%. The state’s Cannabis Regulatory Commission will have 5 members for “hashing out” additional details. To date, only one member has been appointed.

The tax revenue is appealing for the state, and may push New Jersey to move quickly in order to help address some of the state’s budget gaps. The initiative could generate up to $126 million per year.

State Senator Nicholas Scutari wants existing medical marijuana companies in the state to be able to turn around and sell to recreational users, also: “We’re anticipating moving very quickly with enabling legislation, which would in fact allow medical marijuana shops to sell to the general public immediately. We’re happy to invite New York residents over to enjoy.”

On the Wednesday before election day, New Jersey Governor Phil Murphy weighed in on the issue on Twitter, tweeting at 4:20PM, “time to legalize it”.

Time to legalize it. pic.twitter.com/157WC7qgof

Across the country, Montana and Arizona both approved ballot measures to legalize recreational marijuana. South Dakota also had legalization on the ballot. If the initiative passes in these states, almost 33% of the entire country will have legalized smoking marijuana without a medical justification.

Recall, it has been just 8 years since Colorado and Washington were the first states to do so. The process is starting to accelerate for states who have approved marijuana for medical use, as well. For example, Massachusetts took just two years to go from medical approval to recreational approval.