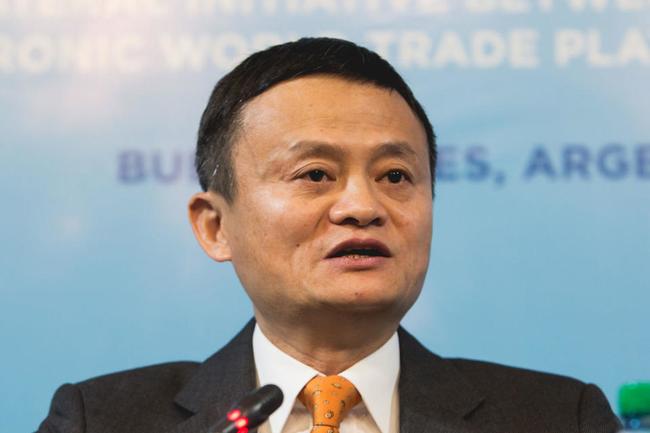 
For years, entrepreneur Jack Ma’s spectacular rise to multi-billion wealth and global fame was cited as a sterling example of how China’s transformation to a capitalist society (with Chinese characteristics) could actually work: after all, if a simple teacher could launch the Alibaba empire and accumulate $64 billion in wealth, making him China’s richest man (and #17 in Forbes global listing of billionaires) anyone could do it. All that was torpedoed over the past 48 hours when the snarling communist tiger hiding just behind the scenes, emerged demonstrating vividly that in China, winners and losers come and go with a simple thumbs up – or down – by the Politburo.

Because with the shocking and unprecedented pulling of the Ant Financial IPO, which was supposed to break for trading on Thursday in what would have been the world’s biggest Initial Public Offering, Beijing made it clear that it would no longer tolerate the criticism of the notoriously outspoken Ma. And to make sure his life is miserable from this point on, the suspension of his IPO is just the beginning of a renewed campaign by China to rein in the fintech empire controlled by Jack Ma.

According to Bloomberg, just one day after the world was rocked by the sudden pulling of the dual-listed public offering, Chinese authorities are now setting their sights on Ant’s biggest source of revenue: its credit platforms that funnel loans from banks and other financial institutions to millions of consumers across China, according to people familiar with the matter.

In a direct attempt to cripple Ant’s business model, and ultimately dismantle China’s fintech quasi-monopoly, the China Banking and Insurance Regulatory Commission plans to discourage lenders from using Ant’s platforms and has already asked some to ensure their portfolios are compliant with stringent draft regulations announced on Monday, said Bloomberg sources.

The proposed measures, which in theory could be ascribed to a broader deleveraging campaign which recently hammered such massively indebted property developers as China Evergrande (discussed in “China Crackdown On Property Developer Debt Sparks Fears About Systemic Crisis“), call for platform operators to provide at least 30% of the funding for loans, which would render many of Ant’s existing transactions non-compliant and force the company to raise much more capital. The company currently keeps about 2% of loans on its own balance sheet, with the rest funded by third parties or packaged as securities and sold on.

“From the perspective of regulators and investors, they all need Ant to provide a better disclosure on the co-lending business,” Chen Shujin, head of China financial research at Jefferies told Bloomberg. “Ant needs to be aligned with regulations going forward and show that its business model can help lower borrowing costs for the economy rather than raising them with some kind of monopoly.”

But what prompted Beijing’s ire? After all, the IPO was set to be a smashing success as early as Monday when Ant shares were trading as much as 50% higher in the gray market?

As we reported yesterday, Beijing erupted after Ma blasted the nation’s financial system and questioned global regulatory models at a high-profile conference last month, calling banks “pawn shops” saying that China is still a “youth” and needs more innovation to build an ecosystem for the healthy development of the local industry.

And while China is willing to accept foreign criticism of its Ponzi-like financial system, which at $40 trillion is twice as large as that of the US, it has a strict no tolerance policy to domestic criticism: following his remarks, Ma was summoned to a “meeting” in Beijing, to outline an array of concerns and new regulations. At that point, China also abruptly halted Ant’s IPO, with authorities merely saying the offering couldn’t go ahead because of a “significant change” in the regulatory environment. They did not elaborate.

In a commentary published in the official Economic Daily, Beijing “explained” that regulators have decided to postpone Ant’s listing as further investigation into the company “has revealed some problems” adding that the decision was made for the sake of protecting the interests of financial consumers and investors. Noting that Ant Group’s IPO has won the attention of the entire nation and pertains to the interests of millions of investors, the op-ed said that the delay was intended to maintain the long-term healthy development of the capital market.

Most ominously, the authors said that “this incident sends a signal that there are no exceptions when it comes to respecting the rules of the market” and that “companies must abide by the rules under the registration-based IPO reform.”

Which, of course, is laughable because in China there is no market except whatever the PBOC and Beijing agree to; it’s why China’s National Team is so active in the stock market, to prevent another 2015-style crash. However, as with the case of Evergrande, the Ant incident shows that a company with a valuation of nearly half a trillion dollars can be crippled overnight and effectively nationalized, if Beijing finds anything about the company or its owner disagreeable.

And speaking of the backlash against Ant, any funding curbs imposed by Beijing would deal a major blow to China’s fintech giant, whose biggest business now is online lending. The company has underwritten about 1.7 trillion yuan ($253 billion) in consumer loans and 422 billion yuan in small business loans for about 100 banks and other financial institutions Revenue from its CreditTech unit jumped 59% to 29 billion yuan in the first six months of the year, accounting for 40% of the total.

According to Bloomberg, Ant also helped provide small unsecured loans to about 500 million people over the past year through two platforms: Huabei (Just Spend) and Jiebei (Just Lend). The former focuses on quick consumer loans for small purchases, while the latter finances everything from travel to education. Ant typically charges annualized interest rates of about 15% to consumers, well above prevailing rates. Its more than 20 million small business borrowers pay an average lending rate of about 11%, almost double the average 5.94% small borrowers can get from banks.

Hinting that Ant was engaging in usurious practices, Guo Wuping, head of consumer protection at the CBIRC, said in a commentary on Monday that Ant’s Huabei service was similar to a credit card but with higher charges. “Financial technology firms use their market power to set exorbitant fees in partnerships with banks, which provide most of the funds required”, he said. To comply with the CBIRC’s draft rules, Ant would have to set aside 95 billion yuan in capital or 2.7 times the current capital for its two micro-lending arms, according to estimates from Jefferies.

Ultimately, the full scope of China’s plans for Ant are unclear, and it’s possible that lenders will continue to work with the company once it complies with regulators’ requests. Any suggestion that banks would stop using its platforms is “unsubstantiated,” Ant said in a response to questions from Bloomberg. “Ant will continue to support bank partners to make independent credit decisions and leverage Ant’s technology platforms to serve consumers and small businesses.”

That is what they call “spin” – the reality is that Beijing has made it clear to Jack Ma that he is now in their sights, and after allowing him to become stupendously wealthy, China is essentially sending him a warning to keep his mouth shut, not criticize the world’s most rickety financial system, or much more pain is yet to come.