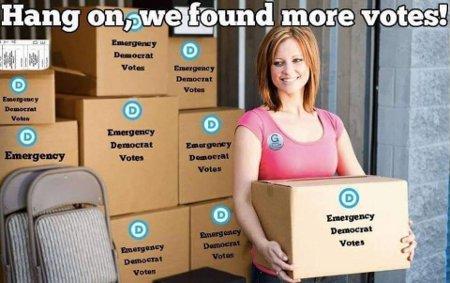 
Authored by Jim Quinn via The Burning Platform blog,

Stalin – the hero of the left and the lying dog-faced pony soldiers – is correct.

Trump was winning this election last night. Suddenly, they decided to stop counting and stop reporting in all the Democrat governor controlled swing states.

Now the real “counting” has begun. Where is that landslide Biden victory, the douchebags in the left wing MSM were so sure about? Nate Silver and the rest of the left wing media pollsters have proven beyond a shadow of a doubt they are nothing more that a propaganda arm of the left.

The Republicans have picked up seats in the House and will retain control of the Senate. Soros, Bloomberg, Zuckerberg, Dorsey, and all the other left wing billionaires poured hundreds of billions into this election and failed miserably.

The counting is now being done in Democrat controlled states and enforced by Soros Attorney Generals.

What do you think the chances are of Trump getting a fair count in these states?

I hope he has his lawyers ready to fight. He can’t let them steal this election.