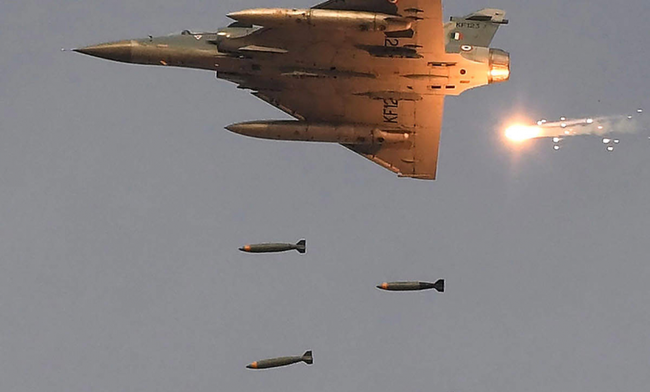 On Monday, the French government said it launched airstrikes that killed over 50 Islamic militants in Mali. The operation took place on Friday in an area near the borders of Niger and Burkina Faso.

“On October 30 in Mali, the Barkhane force conducted an operation that neutralized more than 50 jihadists and confiscated arms and material,” French Defense Minister Florence Parly announced.

Operation Barkhane is a French-led counter-insurgency operation in Africa’s Sahel region that has been ongoing since 2014. France, a former colonial power in the region, first intervened in Mali in 2013.

Parly said the operation took place after a drone detected a large motorcycle convoy in the “three borders” region. The strikes were carried out by one drone and two French Mirage jets. Parly said the offensive dealt a “significant blow” to Ansarul Islam, an Islamic militia she said is linked to al-Qaeda.

Killing 50 fighters in a single operation is a high casualty rate for the French in Mali. The last offensive with a similar number of casualties took place between February 9th and 17th, when two French-led operations killed about 50 militants.

Friday’s operation took place after two terrorist attacks rocked France, and some analysts speculate the French offensive in Mali could be related. Evidence suggests the suspects of the terror attacks in France have connections to international terrorist organizations, although nothing so far links them to groups in the Sahel region.

On October 16th in Paris, France, an 18-year-old Muslim man of Chechen descent beheaded a middle-school teacher, allegedly for showing students depictions of the Islamic prophet Muhammad. Sources have told French media that the perpetrator was in contact with a Russian-speaking jihadist located in Idlib, Syria, an enclave mostly under the control of Hayat Tahrir al-Sham, an al-Qaeda linked militant group.

Last Thursday, an assailant killed three people in a similar attack in Nice, France. A Tunisian-born man was shot by French police and detained. A group called Ansar al-Mahdi took credit for the Nice attack, and Tunisian authorities arrested a man linked to a video released by the group.

Peter Schiff: The FTX Debacle Was Ultimately The Fed’s Fault