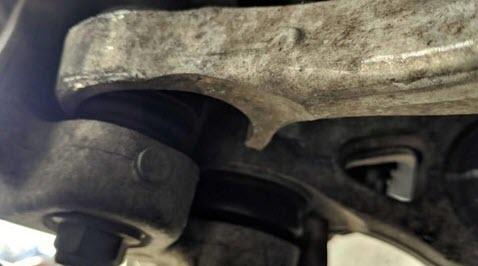 
Could the love affair between Tesla and the Chinese Communist Party be drifting toward an unceremonious end?

From the looks of an editorial published in Xinhua on Tuesday, that could very well be the call. The country’s state owned news agency called Tesla “unreasonable and arrogant” in an article published on Tuesday that addressed Tesla’s recall of 30,000 imported Model S and Model X vehicles in the country.

“The automaker refused to acknowledge its defect outside China while taking the recall in the market, blaming the user behavior and pressure from regulatory bodies. Tesla needs to learn first to abide by the local regulations and protect legitimate rights of the car owners,” the editorial said, according to Bloomberg.

Recall, it was about a week ago we first highlighted a massive recall Tesla had to undergo in China due to lingering, years old questions about the safety of Model S and Model X suspensions.

And what the NHTSA was too blind to see, the Chinese clearly noticed. That’s why Tesla was forced into a recall of 30,000 Model S and Model X vehicles made for the Chinese market over suspension issues to begin with.

The issue was due to “a weakness in the Model S and Model X suspension that can lead to a cracked linkage after an impact.”

We used the term “forced” into the recall because it didn’t appear as though Tesla was “on board” with it. In fact, according to Bloomberg, Tesla found “no defect with its Model S/Model X suspension and [said] that China is basically forcing an unnecessary recall”.

Despite the recall supposedly being over nothing, Tesla “decided not to dispute a recall for the China market only,” the company’s managing counsel wrote to the NHTSA in a letter from early September. The same letter indicated that the NHTSA knew about the Chinese recall since the beginning of September – though we’re not sure why anybody would expect the NHTSA, who has sat idly by and watched one fatal wreck after another involving Teslas, to do anything about it.

Recall, as far back as 2016, we were reporting about an investigation into the suspension of Tesla vehicles.

A major lingering question is whether the Chinese recall could prompt a similar recall – that would likely affect over 200,000 vehicles – in the U.S.

Far be it for us to tell the U.S. government that China is setting the example, but when dealing with matters of automobile safety and not accepting petulance and nonsense from manchild Elon Musk, China is drawing a nice roadmap.

Now, if someone would just wake the NHTSA from their coma…