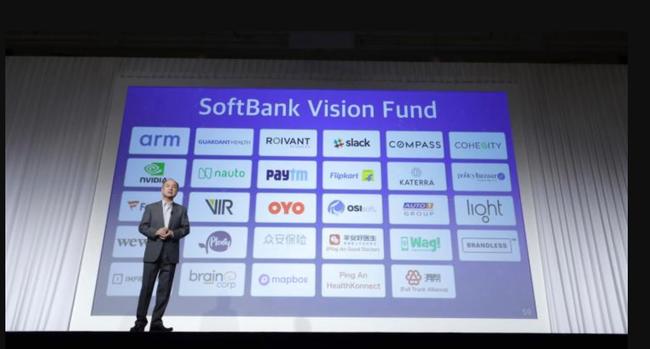 
Ever since Vision Fund chief Rajeev Misra told Bloomberg that SoftBank’s second “Vision Fund” might instead be formulated as a “SPAC” instead of another VC fund, we’ve pretty much been waiting for the next shoe to drop over at the Vision Fund.

Miraculously, SoftBank’s shares have recovered, and talk of giving a WeWork IPO one more shot suggests Masayoshi Son is more focused on rehabilitating his reputation than embarking on a new venture replete with new companies and new risks. Plus, the firm is also dealing with the fallout from the whole “Nasdaq Whale” fiasco.

At the time, we speculated that a SoftBank SPAC might be brought in to finally bring WeWork public, without Adam Neumann and his cliches about “elevating consciousness”,  maybe investors could be persuaded that companies like WeWork, which offer more “flexibility” when it comes to leasing apartment space, might be in a better position to capitalize on the ‘work from home’ economy. WeWork’s CEO insists the company will be profitable next year, an almost unimaginable feat, and a claim that we are deeply skeptical of.

SoftBank has insisted that Vision Fund 2 will happen, but apparently, many of its most senior, and thus most richly-paid employees, are reading the writing on the wall. Because as Bloomberg reports, at least 4 Vision Fund executives have left the company, which is also supposed to oversee its investments.

Here’s the rundown on who is leaving, and who has left: (text courtesy of Bloomberg):

In recent years, the media has portrayed SoftBank’s culture as aggressive and reckless, an impression that will no doubt be cemented if the company follows through with the SPAC plan.

Like we noted above, VF still has companies to run, and it’s still putting money to work: this year, VF has made investments in fitness tracker whoop and restaurant-technology maker Ordermark. It’s not clear how much money has been raised for the second vision fund, but the first featured $100 billion with at least half of that amount coming from the Middle East.

But it’s not like Masa needs any more outside money: for all we know, the “Nasdaq Whale” trades might have given SoftBank and the Vision Fund the financialsupport they needed to strike out on its own.

To be sure, we imagine Misra, the top dog over at the Vision Fund, is pleased to see all of these potential rivals search for greener pastures. Despite its failures, the Vision Fund has a sizable portfolio. And now Misra and Masa Son are effectively the only two left to run it.