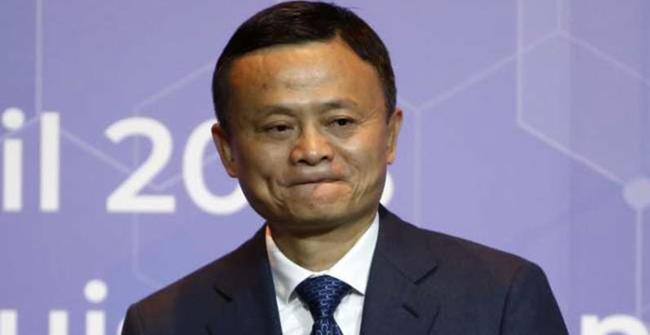 This legged BABA shares down further (now down 9%)…

The world’s largest IPO – Ant Group’s $35 billion dual-offering – is in peril as the Shanghai Stock Exchange has suspended the listing amid questions about regulatory compliance.

As a reminder, Ant is the parent of Alipay, a payments service spun out of Alibaba.

“Ant Group will implement the meeting opinions in depth,” the company said in a statement. It will follow guidelines including stable innovation, an embrace of supervision and service to the real economy, it said.

The FT reports that the meeting came after Mr Ma criticised China’s state-owned banks at a financial summit in Shanghai at the end of October.

Mr Ma suggested the big banks had a “pawnshop mentality” and that Ant was playing an important role in extending credit to innovative but collateral-poor companies and individuals.

At the same summit, however, Wang Qishan, China’s vice-president, emphasised the importance of financial stability.

“There should be a fine balance between encouraging financial innovation, invigorating the market, opening up the financial sector and building regulatory capacity,” he said.

China has been tightening rules and imposing capital demands on the sprawling financial operations of conglomerates such as Ant in an attempt to curb risks to its $49 trillion financial industry. The Hangzhou-based company has been hit with a series of fresh rules in recent months, including capital and license requirements, a cap on loan rates and limits on its use of asset-backed securities to fund quick consumer loans.

Your company originally applied for listing on the Science and Technology Innovation Board of the Shanghai Stock Exchange (hereinafter referred to as the Exchange) on November 5, 2020. Recently, it happened that your company’s actual controller, chairman and general manager were jointly conducted supervisory interviews by relevant departments, and your company also reported changes in the financial technology regulatory environment and other major issues.

This major event may cause your company to fail to meet the issuance and listing conditions or information disclosure requirements. In accordance with Article 26 of the “Administrative Measures for the Registration and Administration of Initial Public Offerings on the Science and Technology Innovation Board (Trial)” and Article 60 of the “Shanghai Stock Exchange Review Rules for the Issuance and Listing of Stocks” and soliciting the opinions of sponsors, the Exchange has decided Your company has suspended its listing.

Your company and the sponsor shall make an announcement in accordance with the regulations, explaining the relevant circumstances of major issues and your company’s suspension of listing. The firm will maintain communication with your company and sponsors.

And bear in mind that Ant was trading +50% in the gray market.

If this huge deal does not go through, what does that do to HKD flows?

As we tweeted, “China just crushed what capital markets credibility it had. This will devastate the primary capital inflow channel.”

How much foreign capital did China lock up for the IPO. And will it release it now

Also what happens to all those gray market trades that were 50% higher https://t.co/1ZJIR3cNfe