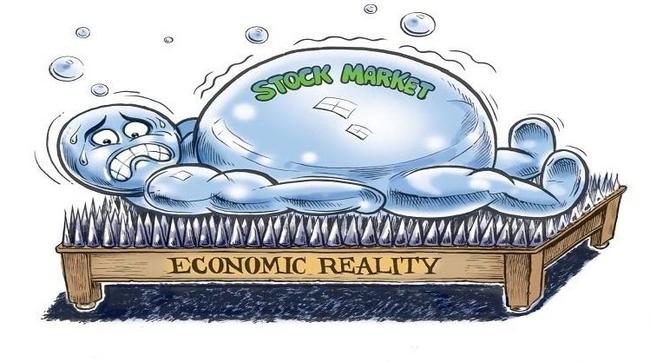 In 2020 alone, the Wall Street owned and controlled Fed poured over $9 trillion dollars into the hands of unnamed trading houses that’s been used for rampant speculation.

Nothing went to Main Street where it’s badly needed during a time of unprecedented economic collapse.

The Fed long ago abandoned its mandate to stabilize the economy, smooth out the business cycle, maintain healthy sustainable growth, create price stability, control inflation, and work for the betterment of everyone.

In his book titled “Tragedy and Hope,” historian Carroll Quigley said the following:

“(T)he powers of financial capitalism had (a) far-reaching aim, nothing less than to create a world system of financial control in private hands able to dominate the political system of each country and the economy of the world as a whole.”

“This system was to be controlled in a feudalist fashion by the central banks of the world acting in concert, by secret agreements arrived at in frequent private meetings and conferences.”

“Banking was conceived in iniquity and was born in sin.”

“The bankers own the earth.”

“Take it away from them, but leave them the power to create money, and with the flick of the pen they will create enough deposits to buy it back again.”

“However, take it away from them, and all the great fortunes like mine will disappear and they ought to disappear, for this would be a happier and better world to live in.”

“But, if you wish to remain the slaves of bankers and pay the cost of your own slavery, let them continue to create money.”

The expression about money being the root of all evil leaves what’s most important unexplained.

Money power in private hands — the power to create and control it — exceeds all others.

Notably in the hands of major Wall Street banks, they control its value, supply, and availability.

In league with Washington, profits are privatized, losses socialized. Main Street is sacrificed for Wall Street.

The Fed bears full responsibility for the mother of all market bubbles.

What can’t go on forever won’t. Bubbles always burst. It’s just a matter of when.

As the saying goes, the bigger they are, the harder they fall.

The big bang when this one goes will resonate worldwide.

He correctly predicted the end to Japan’s land and market bubble, the dot.com craze, overvalued US housing, and financial excess that produced the 2008-09 US market crash.

Based on exhaustive research, he explained that bubbles always pop.

“(W)e live in a mean-reverting world in investing,” he long ago said.

All bubbles revert to their median valuation — “no exceptions ever.”

Interviewed days earlier, he said the colossal US equity market bubble will burst in weeks or months.

Timing is imprecise, not the eventual outcome.

Today’s US market bubble “is unlike any other,” he explained.

“It is a rally without precedent – the fastest in this time ever and the only one in the history books that takes place against a background of undeniable economic problems.”

To gauge when when peak valuation may have occurred, look for signs of “crazy” behavior, he said.

“That was not lacking in the rally off the COVID low.”

“That was a late-stage rally with a rapid surge in prices.”

“Another sign of craziness is the flood of interest in special-purpose acquisition companies (SPACs).”

He called them “give me your money and trust me that I will do something useful with it” situations.

“That is a real testimonial to the speculative nature of the market.”

“The stories are everywhere and are what you need for a bubble to break.”

Today, “(y)ou cannot be as certain as in prior bubbles” because of unique characteristics of what’s going on.

But if confidence breaks with stocks way overvalued, “you are looking at substantial declines.”

The music will stop like always before. It’s coming sooner or later for certain.