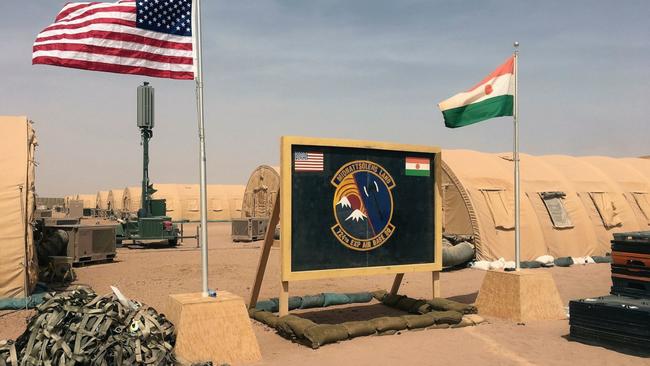 
The Pentagon is said to have “quietly begun withdrawing” high ranking military officers from posts in Africa and the Middle East as part of a broader strategy of shifting resources to prioritize countering China and Russia, also as congressional caps which designate max numbers of generals and admirals in any given year must be met. However some say it will do the opposite – that is, the move will actually embolden US rivals in developing and politically restive parts of the globe.

This includes military attachés being withdrawn from multiple countries in West Africa, according to a new report in The Wall Street Journal. The role of a military attaché connected to the embassy’s mission is crucial where the US works closely with a host country’s military in fighting terrorism and maintaining political stability.

According to the WSJ report, “The position of defense attaché, the senior U.S. military representative in American diplomatic posts, is being downgraded in rank in eight key allied countries—including the U.K. and Saudi Arabia—according to an Aug. 24 order signed by Defense Secretary Mark Esper.”

In many cases this will see generals or admirals replaced with colonels or Navy captains, which Congressional and defense critics of the move have said will harm US relationships and clout with the host countries, who will be less willing to coordinate key operations and intelligence sharing with lower ranking American officers.

Esper’s order means that by December 2022 110 general or admiral positions must be cut, but without specifying the particular countries where that will take place. The African continent (where AFRICOM has had a growing post-9/11 presence) will reportedly see a large reduction of top commanders.

Congressional and defense Russia and China hawks fear that when it comes to the Mideast-Africa regions especially, this will mean “ceding ground” and influence to Washington rivals.