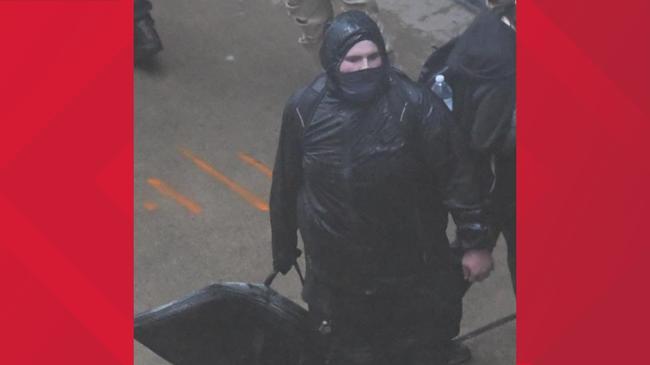 
An analysis of 95 arrest records from Seattle riots from May reveals that nearly half of all suspects are white are white men from other cities who traveled to Seattle to commit crimes, according to King5.

Of 95 cases obtained from public records requests and through court filings, KING 5 found:

The report kicks off with the story of Ed Little, a resident of Everett, WA – located approximately half-an-hour North of Seattle.

“I thought it was crazy. That shouldn’t be happening at all,” said Little – who thought that peaceful protests against police brutality had been hijacked by criminals.

Then police came knocking on his door to arrest his 25-year-old son and search the family apartment after Jacob Little was caught on camera stealing a rifle from a burning Seattle police car, firing shots into a crowd, and wounding a 15-year-old boy.

“It’s hard to believe. We don’t know Jake like that. It’s not the kind of boy he is,” said Little. “He’s not a troublemaker. Not normally. He doesn’t go out looking for trouble.”

Jacob Little pleaded not guilty to federal charges of possessing a stolen firearm and shooting the boy, who survived.

In another case, 20-year-old suburbanite Kelly Jackson was charged by federal prosecutors with throwing Molotov cocktails into Seattle police vehicles in late May. He was immediately fired from his job as a plumber’s assistant in Edmonds, WA – some 24 minutes North of Seattle where he lives with his parents.

“He definitely doesn’t seem to have an issue vandalizing and breaking into businesses and destroying other people’s property,” said Noah Center Executive Director Stacie Ventura.

Court records show the 20-year-old was awaiting trial on three burglary cases in Snohomish county court when Seattle police and FBI investigators caught up with him.

Since 2018, county prosecutors have accused Jackson of breaking into an Edmonds ferry toll booth, a marijuana shop just outside the city, and a Stanwood animal rescue facility where he’s accused of walking off with a nearly 100-pound Rottweiler in the middle of the night.

Meanwhile, 19-year-old Jacob Greenburg is accused of one of the most ‘disturbing social media videos’ of the protests when he was filmed smashing a metal baseball bat into a Seattle cop’s head on September 23.