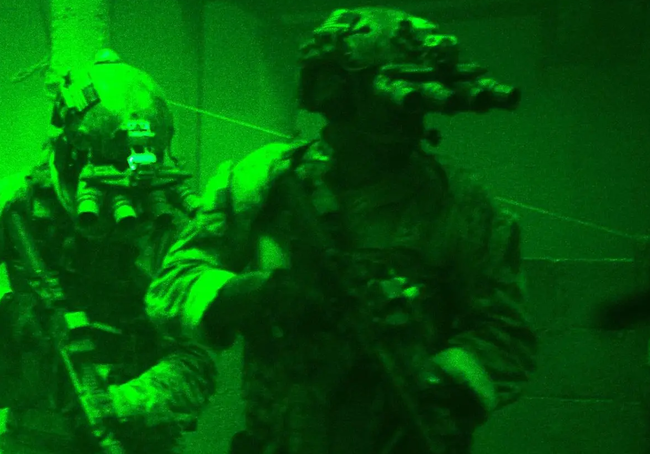 
The Pentagon announced Saturday that US special forces have been successful in a daring rescue operation of an American citizen who had been taken hostage earlier in the week by an armed group in Niger.

It was reportedly conducted by the Navy’s most elite SEAL Team in the early hours of Saturday, which in media reports is often referred to as SEAL Team 6 (though goes by other names internally within JSCOC).

It remains unclear as to the precise identity of the group of kidnappers, however, current US official statements suggest it was not an organized terrorist group but instead likely “bandits” seeking ransom money. The American had been subsequently taken by the group across the border into northern Nigeria where the special forces raid rescued him.

The dangerous border region is known for the presence of al Qaeda activity as well as the Islamic State’s Boko Haram. The State Department had earlier in the week reported an American was taken captive Tuesday. Follow-up reports identified the man as a missionary named Philip Walton.

Pentagon spokesman Jonathan Hoffman said the US citizen has been recovered and is safe, and further that no US personnel were injured during the rescue.

An American missionary was abducted in the middle of the night by six gunmen armed with assault rifles in southern Niger close to the border with Nigeria on Tuesday. https://t.co/QpddTcQdvY via @CBNNews

“U.S. forces conducted a hostage rescue operation during the early hours of 31 October in Northern Nigeria to recover an American citizen held hostage by a group of armed men. This American citizen is safe and is now in the care of the U.S. Department of State. No U.S military personnel were injured during the operation,” Hoffman said in a statement.

“We appreciate the support of our international partners in conducting this operation. The United States will continue to protect our people and our interests anywhere in the world.”

Multiple members of the armed group were killed in the raid on their compound where the American was held, according to details given by CNN:

The mission, which was several hours long, was conducted by the Navy’s elite SEAL Team 6 who were flown to the region by Air Force special operations, a US official with knowledge of the operation told CNN.

The US forces who conducted the mission killed six of the seven captors, the official said. The US believes the captors have no known affiliation with any terror groups operating in the region, and were more likely bandits seeking money.

President Trump congratulated those involved in the mission in a Saturday morning tweet, saying, “Big win for our very elite U.S. Special Forces today.” And he added: “Details to follow!”