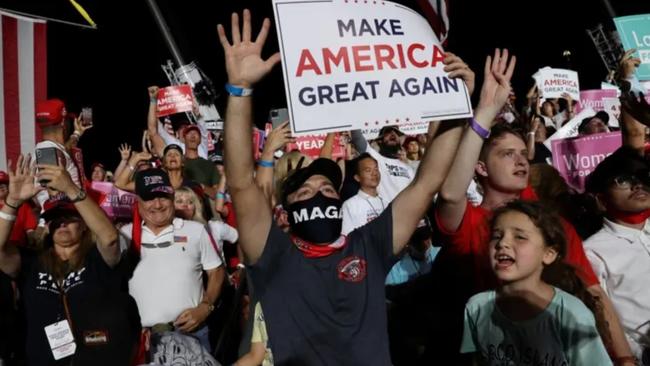 As countries across Europe continue to step up COVID-19-related restrictions (most recently, Belgium announced what might be the Continent’s most restrictive lockdown  since the start of the second wave), UK Prime Minister Boris  Johnson is reportedly considering a month-long national lockdown across England, which would start next week.

According to British press reports, Johnson will meet with his top advisors and government officials on Saturday to discuss the pros and cons of such an arrangement. The return to restrictions in accordance with the country’s 3-tiered system has already inspired significant public anger, particularly in the Greater Manchester area and other pockets facing Tier 3 – ie the most restrictive – rules.

Hospitalizations have surged across the UK, while deaths have started to creep higher. Though it trails Spain and France in overall cases, the UK is on the verge of crossing the million-case mark. After reporting another 24,418 cases, yesterday, the UK has a total of 992,878.

Across the pond, the situation wasn’t much better. The US reported 99,325 new cases Friday, the most for any country in a single day as infections and hospitalizations surged in the runup to Tuesday’s election. The total number of cases in the country exceeded 9 million. North Dakota continues to show the highest rate per 100,000 residents, though its overall numbers are still relatively low compared to its low population. The state reported 1,357 new confirmed cases of COVID-19 on Friday, eclipsing the record set one day earlier by 135 cases. Total deaths, meanwhile eclipsed the 500 mark with 13 new deaths reported Friday.

As we reported yesterday, the US passed the 9 million case mark yesterday after reporting a record 99,321 new cases, according to Johns Hopkins.

As we head into the weekend, here’s some more news from Saturday morning and overnight:

With the U.S. reporting almost 100,000 new cases on Friday just days ahead of the election, North Dakota led the increase in infections with a 6.8% rise in cases to almost 43,916, according to data compiled by Johns Hopkins University and Bloomberg. Wyoming, South Dakota, Montana and Missouri had the next-biggest increases, ranging from 4.2% to 3.1%. Colorado, Kansas and Wisconsin all showed 2.4% increases. Texas reported the most new deaths at 109 (Source: Bloomberg).

The number of new infections in Iran fell for a second day to 7,820 after reaching a record on Thursday. The Health Ministry reported 386 more deaths from Covid-19 overnight, taking the total to 34,864. The country’s national coronavirus taskforce announced a series of closures across Tehran and two dozen other major cities (Source: Bloomberg).

Greece is taking further steps to contain the spread of the coronavirus after a surge this week saw daily cases surpass 1,000 for the first time since March. The country will be divided into two zones — high risk and under surveillance — with northern Greece and the capital, Athens, and its region in the first category. “We must act now before intensive care units bend under the weight of endangered lives,” Prime Minister Kyriakos Mitsotakis said (Source: Bloomberg).

Belgium reported 1,105 patients in intensive care units on Saturday, up 48 from the previous day and near the peak reached during the first wave of the outbreak. The nation of 11 million people, which hosts the European Union’s main institutions and the North Atlantic Treaty Organization, announced a lockdown Friday amid fears that its healthcare system could be overwhelmed (Source: Bloomberg).

Infections in Poland increased by 21,897 on Friday, and deaths rose by 280 to 5,631, according to the Health Ministry. More than 500,000 people are in quarantine in the country. The increases come after government employees were ordered to work from home for two weeks, with private companies also encouraged to send staff home (Source: Bloomberg).

Brazil’s government will “of course” buy a Chinese COVID-19 vaccine that is being tested in the country, Vice President Hamilton Mourao said on Friday, in the latest example of him contradicting President Jair Bolsonaro (Source: Nikkei).