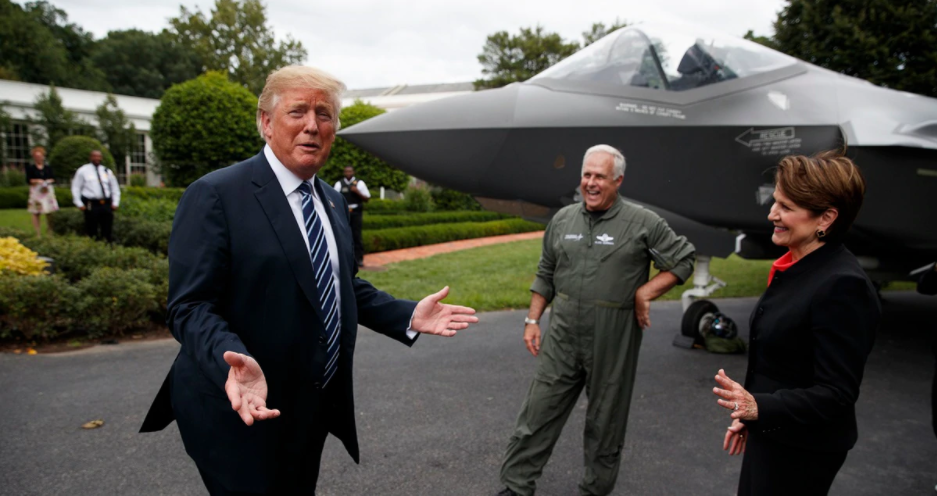 Authored by Dave DeCamp via AntiWar.com,

In an interview ahead of the signing ceremony for the normalization agreement between Israel and the United Arab Emirates and Bahrain, Trump said he would be willing to sell other countries in the Middle East “the same advanced weapons” the US sells to Israel.

“They’re very wealthy countries for the most part,” Trump told Fox News. Trump also mentioned the UAE’s desire for US-made F-35s and said he would “personally not have a problem” with the UAE acquiring the warplanes.

Since the normalization agreement was announced, there have been reports that the UAE F-35 sale was part of the deal. The treaties that were signed on Tuesday made no mention of F-35s, but the sale is clearly still on the table.

He noted that the UAE wanted to buy some fighter jets, adding: “I personally would have not problem with it. Some people do, they say… maybe they go to war.” — Reuters

President Trump is a big fan of selling weapons to Gulf states, particularly Saudi Arabia. The president has boasted about the billions of dollars in weapons the Kingdom has purchased and has vetoed efforts by Congress to end such sales.

Congress tried to prohibit arms sales to Saudi Arabia and the UAE in an effort to end US support for the war in Yemen, where the US-backed Saudi-led coalition regularly kills civilians.

Israeli PM Netanyahu with “key to the White House” presented to him by President Trump and Melania Trump pic.twitter.com/uj3TMuvn4F

The atrocities in Yemen are so bad that US officials in the State Department fear being arrested overseas for war crimes for their role in facilitating the weapons sales.