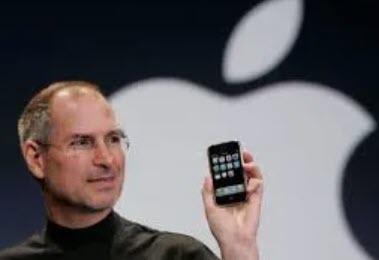 “Central bankers all acknowledge in private that low rates are like rocket fuel for asset prices; indeed, this is considered a key transmission channel for monetary policy.”

Yesterday the Fed communicated clearly(ish) saying the recovery is strong but the outlook uncertain. It confirmed Zero Interest Rates for the next three years. The yield curve steepened and stocks wobbled badly. It is slightly worrying how the market didn’t rally on central bank largesse – confirming its more worried about delays in terms of when the next big government cheque is coming…

The US central bank will keep the accelerator pressed hard to the floor on corporate bond buying.  It confirms what we feared: the economy is effectively stalled and even 50,000 volts on a thundery evening ain’t going to sort it. QE Infinity Bond buying will continue to juice the equity markets, but will also allow the ravening hordes of Zombie US corporates to stalk the land – blocking the conventional creative destruction process of bad failing companies being replaced by nimble younger, economically fit competitors. Mwha ha ha!..… Indeed.

But even as the US corporate landscape turns to wrack and ruin… there are a few bright spots. Like anything Tech.. apparently, despite some recent weakness.

There are two stories in Tech. What is real, and what folk hope might be real. There is good tech and there is hype. And Hope and Hype are really not great investment strategies. Solid performance is.

What might be real is a much wider range of hopes. Some of these might be fulfilled – maybe Snowflake’s whatever-it-does in cloud computing does justify it being about the richest soft-tech IPO in history. And maybe Tesla’s patents and “leadership” in the battery-space means it’s maybe worth even a fraction of its current stock price? (That will be a bigger number than I think its worth… because I think know Battery day will just be hype-wypey nonsense – It’s a competitive space.)

There is something deeply confusing about Snowflake’s successful IPO. It seems one major reason for its record software debut is due to Warren Buffet being a buyer. Hang-on. This is the same Warren Buffet that hasn’t bought into an IPO since Ford in 1955 (check it out). The same Warren Buffer who warned last year about the dangers of investing in Hot-Unicorn IPOs? His participation is either the worst or best reason to buy..

Buffet also said last year: “You can go around making dumb bets and win.. but its not something you want to make a lifetime policy..” So that means Snowflake is really special? The Nebraska sage missed firms like Amazon in the early stages.. But he is now the largest investor in Apple – holding $90 bln.

Let me admit up front Apple is a stock I hold in my personal account. It is among my largest positions – but a tad smaller than Warren’s. However, Warren and I both get it – it doesn’t matter Apple hasn’t invented, innovated, and launched nothing new since Steve Jobs passed on to take the big gig upstairs. What we get is the fact that Apple sells more and more Bright Shiny Things to legions of addicted fans who are happy to buy the latest upgraded improved iPad, Phone, Watch or whatever… Its the genuine Goose that lays the proverbial eggs..

It’s a brilliant business model based on hype, fashion, and obsolescence. IOS and Mac and Apple do exactly the same things other software and hardware makers do – but differently and with more panache. The product ecosystem they create is beautiful, alluring and insanely addictive. And now they are creating a better crack delivery service… I’ve been thinking about the new Apple One Subscription Bundle announced earlier this week.. It got me thinking, and that’s never a good thing…

I have i-Tunes, but also Spotify which is much better than I-tunes, (and has Snake-Jazz). Although the kids could get iTunes for free from me, neither of them is particularly interested.

Apple TV hasn’t anything like the depth of Netflix or Amazon Prime. When we recently had to buy a new TV, we discovered A-TV is the only streaming service that isn’t standard on most new units. (Only Samsung carries it as standard) You have to buy a separate unit – which we did.  The programmes are all right – The Morning Show was ok, Raven’s Quest very amusing, while Greyhound was a bit U-571 (although it’s based on a book by an English writer.) To be honest, I might pay the subscription just to watch the uplifting premier-league football comedy Ted Lasso (seriously brilliant… but). For every click on Apple TV, Netflix, Prime and Disney get three or four more because they have much more and better content. –

And do I need a fitness app? Well. Yes. But that’s why I already have step-counters and all kinds of apps that tell me how far I walked. To be fair my attempt to do “Couch-Potato to 5K” resulted in my mate Jonnie (best physio in Hamble) telling me I was idiot and my knee was f****d because Blain is not designed to jog. I more a slow-amble body shape.

The bottom line is the Blain family is drowning in Apps and subscriptions…  but.. I’ll probably get sucked into the Apple One Bundle as well….

And, than I had my epiphany moment.

Last week I was sailing and trimming the sails when my iWatch strap parted and £500 of prime tech sploshed into the Solent – joining the many other phones, blackberries (call and I will tell younger readers what it was) and GPS units I’ve lost overboard over the years.

Yesterday I picked up my iPhone and it wouldn’t start. I tried powering it up. Nothing. I managed to get an appointment at the Apple Store in Southampton. Very nice chap took a look and told me it was dead. No I]idea why.. but “it’s dead Jim” was the verdict. My Apple-care package on the phone expired last month. I was offered a “reconditioned phone” for £600 or a new one for £999. I am not buying this old model phone when a new one comes out next month.

And that’s when I realised.. I am an addict.

Here I am in the “bright shiny thing store” about to be fleeced for a new phone. Vodaphone is just across the hall. I could step in and buy a Samsung Universe (or whatever it’s called) for a fraction of the price, that does exactly the same thing… but no.. it might not seamlessly connect with my Airpod, my i-Mac, my Mac-Pro, my iPad and the ridiculously expensive i-Pencil that I’ve never ever used.

And this is why Apple is the most valuable company on the planet. They are the crack cocaine of Tech. They empty my wallet faster than my wife in a shoe shop. And they are inevitably going to trap me into their monopoly of Apple subscription services and Apps that will collect lots of data on me, which they will use to sell me yet more subscription services and expensive Apps that learn yet more ways to bankrupt me. Eventually they will launch a medical app and I will have to pay them for owning my DNA – which they will use to rocket up my insurance, making me bankrupt and Tim Cook a gazillionaire..

Yesterday I could easily have spent £1000 on a phone, a further £600 on a watch and probably more – knowing I will be back in October to buy the new phone… Because I am worth it, and I am a smart sophisticated Apple user.. you can see that by my state-of-the-art Mac-Pro and new phone…

I did a Google-search and walked out. I paid £400 for the cheapest iPhone SE in John Lewis… It was £20 cheaper than in the Apple Store. I will be sending the old phone to Music Magpie in return for £120 (Apple offered to dispose of it for free.) I will be spending the next few weeks trying to wean myself off the idea of the New iPhone in October. Maybe I buy a Galaxy instead..

But what about the stock? If Tim Cook and Apple get it right, the subscription bundles are just a way to sustain the Apple illusion, and extract value from their ecosystem and product upgrade money machine for years to come… Will it work? Probably. Check out what Henry Ford said about customers.