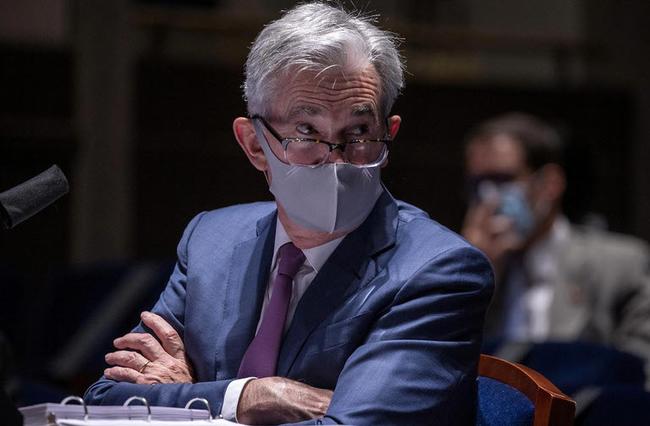 
Looking at today’s FOMC decision at 2pm, and Powell press conference 30 minutes later, both of which will be the Fed’s last public comments before the Nov 3 election (the next FOMC 2-day meeting takes place on Nov 4-5, right after the election) consensus is for a steady policy outcome after the Fed firmly took Yield Curve Control, enhanced forward guidance, and an extension in the QE maturity horizon off the table in its July 28 meeting. As BMO notes, the breadth of expectations run from “little change with an emphasis on the 2023 dots” to “extension of the weighted-average-maturity of QE with firmer forward guidance.”  That, however, could prove a disappointment to equities according to BMO’s Ian Lyngen given the Fed’s uber-dovish efforts heretofore, although he lays out four considerations.

With big picture that in mind, here is a detailed breakdown of what Wall Street expects today at 2pm EDT when the Fed publishes its rate decision and staff economic projections, and in the post-meeting press conference with Chair Powell which will commence at 230pm EDT, courtesy of NewsSquawk:

AVERAGE INFLATION TARGETING: The Fed’s new average inflation targeting framework is generally considered to be a dovish development for future policy, although it is unlikely to result in any major policy changes this month. Nevertheless, the Fed might reflect its new inflation regime within its statement. Specifically, the line which refers to the “symmetric 2 percent inflation objective” could be tweaked; Goldman Sachs thinks it will be changed to “inflation that averages 2% over time,” while others think “over time’ might instead be ‘on a sustained basis.”

ENHANCED FORWARD GUIDANCE: Officials seek more clarity on how the recovery is playing out before implementing specific forward guidance, which implies a September unveiling is unlikely. For now, statement tweaks may do much of the heavy lifting for the Fed. Chair Powell will likely still face questions on the theme, particularly since ‘a number’ of officials want rate guidance to be tightened. The general expectation is that the Fed will make these sorts of changes before the end of the year, perhaps in November. Officials appear to be leaning towards an outcome-based version, rather than a calendar-based version.

STAFF ECONOMIC PROJECTIONS: In the absence of other policy changes, the Fed’s dovish signal – that it will keep rates at current levels and keep policy accommodative – will come from the projections. These projections will need to walk a line of reflecting the US economy’s resilience, as well as telegraph the challenges that the economy still faces, and the level of support that is still needed. The Fed will still be keen to impress that the recovery will continue to be protracted, and risks to both growth and inflation are to the downside. Some officials have sounded more upbeat on the labour market than June’s 9.3% end-2020 forecast implies; Robert Kaplan, for instance, said he sees the unemployment rate ending the year around 8%. And on growth, Chair Powell recently said that three-months ago, there was a possibility of a much slower recovery, and of the recovery not going very well at all, but that has not happened; that puts the Fed’s current -6.5% GDP projection in line for an upward revision. The Fed’s June forecasts do not see inflation rising to 2% during its forecast horizon that runs through the end of 2022 (we will start getting 2023 forecasts at the upcoming meeting); if the Fed continues to see sub-2% inflation, the market will take that as another signal that rates will remain at present low levels for an extended period, given its new inflation framework. Finally, with regards to the notorious ‘dots’, the Fed sees no movement in rates through its forecasts, and that is unlikely to  change this week. That would be in line with money market pricing (which, incidentally, prices a non-zero probability that rates could be cut into negative territory before 2023; if Powell is asked about negative rates, expect him to be cool on them, while retaining the optionality to keep them in the toolbox for the future).

QE MATURITIES: The Fed’s current QE program is heavily weighted towards shorter-dated maturities, with over half of its current Treasury buying focused on the maturities up to 5-years. Some analysts therefore have made the case that the Fed might extend its maturity horizon. While the general expectation is that the Fed will hold off any major changes, UBS argues that there are costs to waiting, as large amounts of front-end buying intensify future leverage ratio constraints for some banks. UBS says that USD 50bln of purchases in the 5-year+ sector would stimulate more than USD 80bln across the curve. And it argues that the Fed could extract more duration even with a smaller headline purchase amount. Finally, on asset purchases, we will be paying attention whether the Fed enshrines the rate of purchases in its statement (currently around USD 80bln per month, but that is not explicitly stated within its statement); some have suggested that this is something more likely to be seen when the Fed eventually raises the rate of its bond buys.

DOTS: The dot plot is likely to continue to show a baseline of no rate hikes through the end of the forecast horizon, which now extends to 2023. Two participants showed hikes by 2022 in the June projections, so Goldman expects three to show hikes by 2023 in the September projections.  While the recovery now looks likely to be quicker than expected in June, the formal adoption of the new framework likely raises the bar a bit for showing rate hikes over the next few years.  The neutral rate dots have been quite stable recently, and some expect further convergence toward the 2.5% median.

YIELD CURVE CONTROL: Fed Vice Chair Clarida and Governor Brainard both recently suggested that yield-curve control policies were still in the toolkit, though both believed that they were not likely to be implemented in the near-term. The remarks were particularly notable given that the Fed’s July meeting minutes had heavily leaned against the policy. It is therefore likely that Powell will give a similar nod if he is asked about it at the press conference, and will likely suggest the tool needs more study.

MARKET REACTION: Morgan Stanley says that, for the rates complex, the structural shift in monetary policy supports lower front-end real yields and steeper curves in the medium-term, but the market needs specific details on how the new framework will be implemented. Additionally, MS adds that a long-running QE program and the possibility of more QE will keep a lid on how much the curve can steepen over the medium term. In that sense the USD’s reaction will be a function of how rates markets respond. Traditionally, lower real yields have been a negative for the USD, but context will be needed; “When real yields are falling amid wider breakevens, USD weakness tends to be both consistent and widespread,” MS explains, “however, when real yields fall alongside breakevens or when breakevens are tightening and real yields are rising, USD performance tends to be both positive and far more mixed.”

According to BMO, the departure point for both US rates and domestic equities is relevant insofar as a decidedly mid-range backdrop should clear the way for a ‘clean’ kneejerk response to the Fed’s actions or inactions. This will be useful in calibrating an understanding of investors’ reaction function to any potential (and presumably incremental) change to policy; although as a theme the probability of breaking the trading range in Treasury yields is low given the recent demonstrated resilience of the 60-78.7 bp zone in 10s and the magnetism of 68 bp. And “while there is little question risk assets are at least modestly more vulnerable to a policy disappointment than rates” BMO’s Ian Lyngen adds that “the inability of the early September selloff to leave the S&P 500 below 3400 implies that any post-FOMC weakness will prove, yet another, opportunity for investors to buy the dip.” The bottom line: “we continue to expect the Fed will emphasize rhetoric over action at this juncture.”

STATEMENT REDLINE: Goldman expects the FOMC to modify its post-meeting statement to recognize the new average inflation targeting strategy.  Specifically, the Fed will replace the reference to a “symmetric 2 percent inflation objective” with a reference to “inflation that averages 2% over time.”