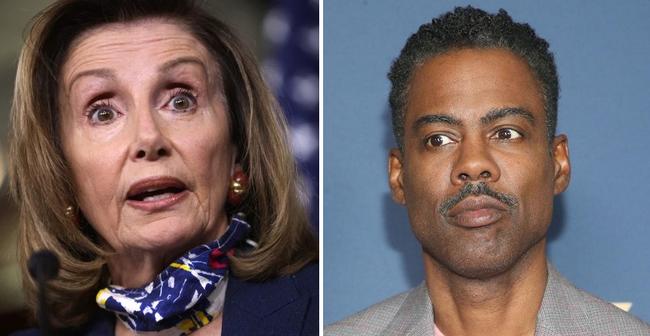 
Comedian Chris Rock slammed Democratic lawmakers for focusing on impeachment while the pandemic was rapidly spreading throughout Asia.

“It was totally up to Pelosi and the Democrats. Their thing was, ‘We’re going to get him impeached,’ which was never going to happen. You let the pandemic come in. Yes, we can blame Trump, but he’s really the 5-year-old,” the New York comedian told the New York Times in a wide-ranging interview.

In fact, as Breitbart‘s David Ng notes, “Democrat leaders showed little to no public interest in the coronavirus pandemic during its early months. In January, when the gravity of the virus was becoming apparent, Congressional Democrats staged a photo-op in which they solemnly walked the articles of impeachment through the Capitol rotunda.”

Later that month, Speaker Pelosi (D-CA) infamously tore up a copy of President Trump’s State of the Union address on live television, even though the address directly referenced the pandemic and promised that the White House “will take all necessary steps to safeguard our citizens from this threat.” –Breitbart

Rock also picked apart President Trump, comparing him to the child ruler in The Last Emperor.

“Did you ever see that movie The Last Emperor, where like a 5-year-old is the emperor of China? There’s a kid and he’s the king. So I’m like, it’s all the Democrats’ fault. Because you knew that the emperor was 5 years old. And when the emperor’s 5 years old, they only lead in theory. There’s usually an adult who’s like, ‘OK, this is what we’re really going to do,” he said.

The comedian also opined on Blackface and political correctness – suggesting that he’s forced into answering lest he risk becoming outcast by Hollywood:

“If I say they are, then I’m the worst guy in the world. There’s literally one answer that ends my whole career,” said Rock, adding: “Blackface ain’t cool, OK? That’s my quote. Blackface is bad. Who needs it? It’s so sad, we live in a world now where you have to say, I am so against cancer. “I just assumed you liked cancer.” No, no, no, I am so against it. You have to state so many obvious things you’re against.”