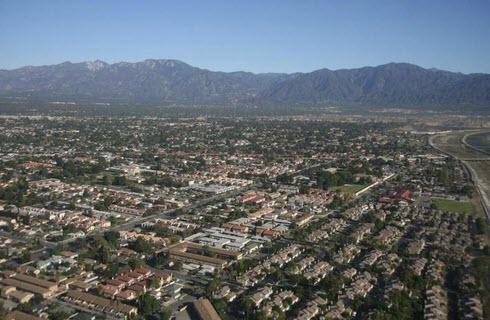 
What happens when your state or city has massive unfunded pension liabilities, no direct access to the Fed’s money printer and can’t tax your state any further because you’re driving people out in droves?

You take on more debt, using whatever you can think of as collateral.

Both cities are using something called “lease revenue bonds” which means that:

Torrance and West Covina are each using these bonds to, in principle, lease their city streets to a special Financing Authority, which will pay the city their up-front money, and “rent” the streets back to the city for the 25 year term of the agreement, in order to pay off the bonds.

In this structure, however, the bondholders don’t actually have rights to lay claim to the streets. Rather the mechanism is described as a loophole to get around the voter approval that comes with “general obligation bonds”.

The purpose of the bonds is that they can be implemented quickly while still functioning as pension obligation bonds, the report notes. The trade-off is that lease revenue bonds are not rated as highly as a traditionally POBs.

“Depending on the legal structure, there may be added flexibility for use of proceeds to CalPERS or more strategic timing of investing in the market… These things aren’t possible under a traditional POB structure,” said Mike Meyer of NHA Advisors.

The cities are in a rush to refinance while rates are low while, at the same time, CalPERS is in a desperate push to boost its returns, most recently taking on $80 billion in leverage to do so, as we noted this summer.

As of now, the state of both cities’ pension liabilities is as follows, according to Forbes:

Hilltop Securities, who underwrote the West Covina bonds, said: “This is the fastest form which the city would be able to use and issue bonds.”