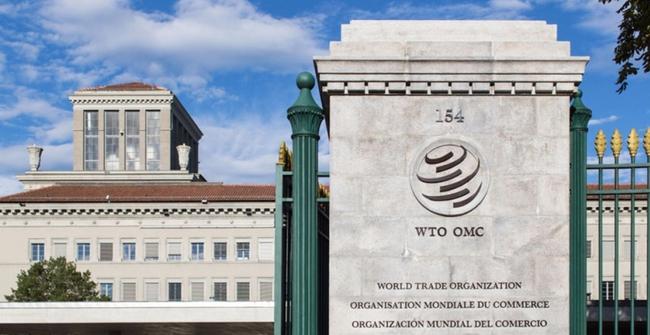 
In a long-anticipated ruling, the World Trade Organization has just ruled that President Trump’s tariffs on Chinese imports violate established trade rules, suggesting that the international body, which was established by the West in the 1990s following the trade wars of the 1980s, has joined China and the EU in turning against the US.

Washington has slapped tariffs on more than $550 billion in Chinese exports. The trade war began in earnest during the spring of 2018.

As Bloomberg reports, the ruling – handed down Tuesday by a panel of three trade experts – found that the US violated international trade rules with its use of 1970s trade laws to unilaterally launch what BBG described as a “commercial conflict” – we guess they didn’t want to say ‘trade war’ – with China.

However, though the ruling likely grabbed investors’ attention, the decision is effectively toothless, since the US can lodge an appeal any time during the next 60 days. According to Bloomberg, thanks to changes to the appeals process made by the US, doing so would effectively stymie any further action.

The news prompted a slight pullback in stocks…

…as well as a drop in the trade-sensitive offshore yuan.

In its complaint, China argued the American tariffs violated the WTO’s most-favored treatment provision because they singled out China, and didn’t apply broadly to all international trading partners. Beijing also accused the US of bypassing the WTO’s dispute-resolution mechanisms.

US tariffs against China were authorized under Section 301 of the Trade Act of 1974, which empowers the president to levy tariffs and other import restrictions when “unfair” trade practices negatively impact the US economy. Use of Section 301 isn’t unprecedented – Reagan used it against Japan in the 80s – but it largely fell out of favor in the 1990s, around the time the WTO was created.

As we noted above, it’s just the latest sign that the WTO, and many other international institutions that the US helped create, have continued to side with China against the Trump Administration.

Trump has blamed his predecessors for pushing to admit China to the WTO, then standing by and doing nothing as Beijing stole US technology, illegally subsidized domestic industry and kept tight controls on their economy, and any foreign companies operating therein.