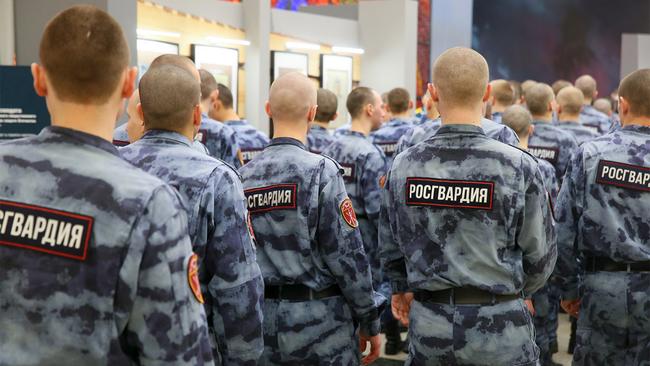 
We noted that during Monday’s much anticipated meeting between embattled Belarusian President Alexander Lukashenko and Putin in Sochi, the Russian leader appeared unmoved by Lukashenko’s urging that the two countries prepare their armies to “resist” the external threat of NATO forces.

Though Putin announced a $1.5 billion loan to Belarus, he made it clear that the smaller Russian neighbor which was formerly part of the Soviet Union would have to solve its own problems internally and in a “calm manner”.

Underscoring that Kremlin focus appears to be moving away from any level of direct intervention, it has ordered national guard troops and police away from the border.

Russian troops are returning from the border with Belarus to their bases after a decision was made yesterday to disband the reserve group formed by Putin’s order in case situation in Belarus gets out of Lukashenko’s control. pic.twitter.com/OrtuYLO6HT

Russian media showed live images of truckloads of the border security units returning to their regular bases on Tuesday morning.

“An important result of the two presidents’ talks in Sochi became an agreement that Russia removes the reserve of law enforcement bodies and the national guard, which was deployed near the Russia-Belarus border, and withdraws people to their permanent bases,” Putin’s press secretary Dmitry Peskov said according to TASS.

As for the loan it likely serves to given Lukashenko more negotiating leverage in terms of gaining support from other powerful Belarusian officials and civic leaders at a moment mass demonstrations continue to swell in the capital of Minsk.

The Guardian reported on Monday’s somewhat awkward press conference that Lukashenko urged, “A friend is in trouble, and I say that sincerely.”

In case you were wondering about how the Lukashenko-Putin talks are going in Sochi. Check out the body language. pic.twitter.com/qSProSQl2N

But the report noted that “Putin at times seemed visibly bored, tapping his hands and feet as Lukashenko embarked on a long monologue.”

So long as there’s not overt evidence of US-NATO and EU meddling in Belarus’ affairs, it seems Russia is content to stay of the sidelines. But the question still remains: ahead of the US November election, will Washington and its intelligence services be willing to go full-blown Ukraine to oust the longtime strongman from office?