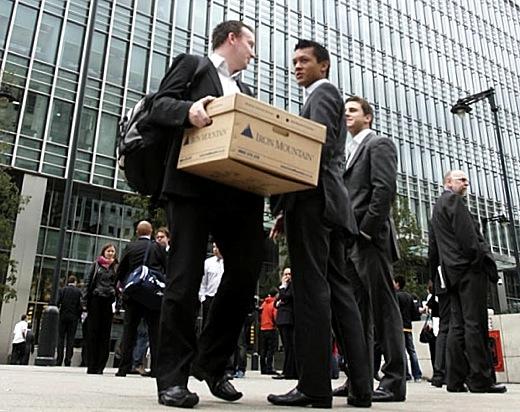 
And the hits just keep on coming for Citigroup.

While not nearly as much of a shitshow as Wells Fargo, where even Warren Buffett appears to have given up hope for a recovery, today Citi’s stock slumped more than 5% after reports that federal regulators were preparing to issue a costly reprimand Citigroup for failing to improve its risk-management systems stemming from a highly publicized scandal in which the bank inexplicably made an “accidental” $900 million payment to creditors of cosmetics company Revlon (after secretly scheming with Revlon to screw over those very same creditors). Hilariously, it was also reported that CEO Mike Corbat’s retirement and replacement with Jane Fraser, the first woman CEO on Wall Street, had little to do with the bank’s noble ESG intentions and lofty aspirations for sexual equality, but merely to have her clean up Corbat’s mess.

This in turn followed an earlier drop in the stock price after Citi’s CFO Mark Mason unveiled during The Barclays Global Financial Services conference that the bank’s full year revenue would be “flat to slightly down” and that it would move people to “low cost spots.”

Yet the trifecta hit late on Monday when Bloomberg reported that six months after Citi, and all other banks vowed they would not pursue banker layoffs during the pandemic, the pandemic appears to have ended because the bank will resume job cuts starting this week, joining rivals such as the abovementioned shitshow that is Wells Fargo, which last month said it was preparing to cut tens of thousands of jobs, in ending an earlier pledge to pause staff reductions during the coronavirus pandemic.

“The decision to eliminate even a single colleague role is very difficult, especially during these challenging times,” Citigroup said in a statement. “We will do our best to support each person, including offering the ability to apply for open roles in other parts of the firm and providing severance packages.”

The bank said that it would fire less than 1% of the total workforce, yet what is curious is that at the same time the bank said it has hired more than 26,000 people this year, and over one-third of those jobs were in the U.S (Citi currently employs around 204,000 worker).

After promising to pause layoffs in late March, Banks resumed job cuts in recent weeks, and many firms are now pushing to cut costs as the pandemic has dragged on, threatening lenders with higher credit costs and crimping revenue growth, which in the case of Citi is expected to decline this year as noted above.

And while thousands of bankers now have a dismal holiday season to look forward to, the biggest winner is “noble” Mike Corbat, whose departure comes at just the right time, dumping his farewell mess squarely on his replacement, the first woman CEO on Wall Street who may soon find that her historic ascent to the top of Citi’s rank was more than she bargained for.