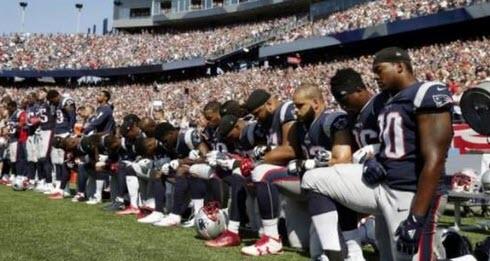 
In an NFL season that seems to be more about social justice and Covid precautions instead of; well, playing football, perhaps it should come as no surprise that ratings for Sunday Night Football tanked on NFL’s Week 1.

Sunday Night Football ratings plunged, according to Yahoo Finance. The game posted a 4.7 among the key Adult 18-49 demographic with 14.81 million viewers. Although the numbers may still rise after West Coast numbers are factored in, the article notes it is still a “steep decline” from 2019.

For comparison, last year’s Patriots vs. Steelers Sunday night opener had 22.2 million viewers. This total was generally in-line with the opener the year before, indicating that even with West Coast viewers factored in, this Sunday’s ratings were significantly lower.

The idea that NFL viewership is suffering due to the league’s social justice message isn’t especially farfetched. The Dallas Cowboys are one of the most widely supported teams in the league, across the nation, and their presence often helps draw in viewers. The Los Angeles Rams are also widely considered to be playoff contenders this year.

Which leaves many to wonder: what could the NFL be doing wrong?

‘The White Lotus’ Season 2 gives us the worst bro ever