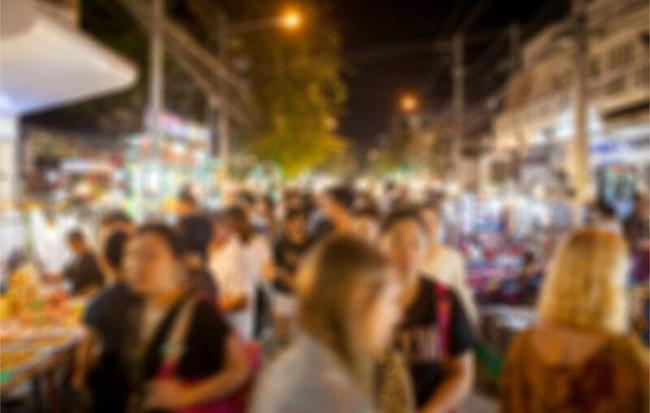 
Authored by Jeffrey Tucker via The American Institute for Economic Research,

Just when the fear starts to subside, and growing public skepticism seems to push governors into opening, something predictable happens. The entire apparatus of mass media hops on some new, super-scary headline designed to instill more Coronaphobia and extend the lockdowns yet again.

It’s a cycle that never stops. It comes back again and again.

A great example occurred this weekend. A poll appeared on Friday from the Kaiser Family Foundation. It showed that confidence in Anthony Fauci is evaporating along with support for lockdowns and mandatory Covid vaccines.

The news barely made the headlines, and very quickly this was overshadowed by a scary new claim: restaurants will give you Covid!

It’s tailor-made for the mainstream press. The study is from the CDC, which means: credible. And the thesis is easily digestible: those who test positive for Covid are twice as likely as those who tested negative to have eaten at a restaurant.

“Eating and drinking on-site at locations that offer such options might be important risk factors associated with SARS-CoV-2 infection,” the study says.

After six months of this Corona Kabuki dance, driven by alarmist media and imposed by wacko, power-abusing governors and mayors, I’ve become rather cynical about the whole enterprise, so I mostly ignore the latest nonsense.

In this case, however, I decided to take a closer look simply because so many millions of owners, workers, and customers have been treated so brutally in the “War on Restaurants.”

It turns out, of course, that this is not what the study said. What’s more interesting is to consider exactly what’s going on here. The study was based on interviews with 314 people who had been tested of their own volition. It included 154 patients with positive test results and 160 control participants with negative test results.

The interviews took place two weeks following the tests, and they concerned life activities two weeks prior to getting the test.

Before we go on here, remember that what alarmed people about Covid was the prospect of dying. The study says nothing about this subject, nor about hospitalization. It’s a fair assumption that the positive cases being interviewed here got it (presumably, if the tests are accurate, which they are not) and got over it.

This alone is interesting simply because it reveals how much the whole subject has been changed: the pandemic has become a casedemic.

Now, to the question of life activities. In the study, based on answers to a survey, the following were not correlated in any significant degree with positive cases of Covid:

Now one might suppose, if you think the study has any merit, that this would be the headline.

The massive power of the state has been deployed all over the United States and the world to force the closure of churches, gyms, offices, salons, and malls. This all happened and is still happening. Also mask mandates became the new normal. The public has been invited by health authorities to jeer at, denounce, and turn in anyone who doesn’t have a cloth strapped to his or her face.

All of this happened in complete contradiction to every commercial right, property right, or normal human freedoms. We threw it all away in the name of virus control. Our lives have been completely upended and our assumptions about our rights and liberties have been overturned.

And yet here is a study that is unable to document any correlation between these life activities and catching the disease.

That’s an amazing conclusion that could have generated headlines like:

And so on. But none of this was to be. Not one single story in the mainstream press said anything like this, even though this was all implied by the CDC study.

The one place that the study revealed a positive correlation between positive cases and life activities was going to restaurants.

So that’s what got the alarmist headlines. Yes, these are all real.

And so on for thousands of times in every mainstream venue. They are all competing for clicks in the great agenda of extending lockdowns and feeding public fear as much as possible. So the worst-possible spin on this slightly sketchy study gets all the headlines.

Thus is it burned into many people’s minds that restaurants are really disease-spreading venues. Go out to eat and you might die!

And here is what makes this even stranger. The interviewers never asked the people in the survey whether they were eating indoors or outdoors, as incredible as that seems. The authors admit this:

“Of note, the question assessing dining at a restaurant did not distinguish between indoor and outdoor options.”

Why not? Did they just forget to ask? What’s going on here?

Which is to say that even if the results are meaningful – and there’s so much about this study that is murky and error prone – they are practically useless for knowing what to do about it. If there is no distinction between indoor and outdoor, all speculation about ventilation or crowds or the presence of food and so on, is utterly pointless.

Without knowing that, we are at a loss to figure out any answer to the question of why and what to do. Instead, the message comes down to: don’t go out to eat.

Here is how bad the science has become. In the discussion, the authors write the following:

“Direction, ventilation, and intensity of airflow might affect virus transmission, even if social distancing measures and mask use are implemented according to current guidance. Masks cannot be effectively worn while eating and drinking, whereas shopping and numerous other indoor activities do not preclude mask use.”

Here is what is weird: the study itself supports none of that paragraph.

The survey never asked about ventilation because the people who made the survey somehow forgot to make a query concerning indoor vs. outdoor dining. As for masks, the study did in fact ask respondents about mask wearing and the results showed no correlation between the sickness and whether and to what extent people were wearing masks!

In other words, that paragraph in the discussion is contradicted in two places by the authors’ own study.

In addition, the authors themselves point to an intriguing issue: the people in the survey might have biased their answers based on their personal knowledge of the test results.

Think about it this way. The people who had a positive Covid test are more likely to ask themselves the great question: how did I get this? Going to restaurants is such a rare activity these days that it stands out in one’s mind. When the survey asked people if they had gone out to eat, it is possible that the memory of the Covid positive person might be more likely to blame the restaurant, whereas the Covid negative person might be more likely to have forgotten the locale of every meal in the last 30 days.

In other words, the real result of the study might be: Covid patients are more likely to scapegoat restaurants than gyms, churches, and salons.

Alas, none of these interesting considerations appear in the media-rendered version of this study: panic and keep the lockdowns in place!

Lockdowns have become a conclusion in a desperate search for evidence. Imagine if you undertook a study of C-positive vs. C-negative cases and asked the people if they mostly wear lace-up or slip-on shoes. If you come up with some positive correlation, the CDC will publish you and a media panic will ensue.

This is precisely where we’ve been for six solid months now. The media has become the handmaiden of lockdown tyranny, blasting out simplistic versions of sketchy studies to keep the panic going as long as possible. And the public, which is far too trusting of the media and its capacity for rational and accurate reporting, eats it up.

For now. Once the dust settles on all of this, it seems highly likely that media science reporting will lose credibility for a generation. It certainly deserves that fate.

Meanwhile, an entire industry is being creamed.