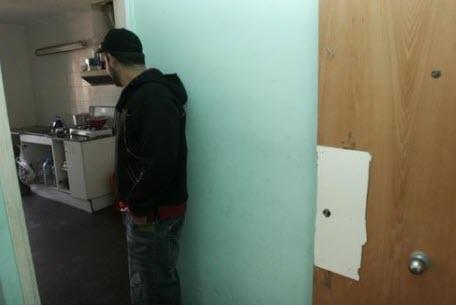 Since the burst of Spain’s madcap housing bubble in 2009, squatting – the unlawful occupancy of uninhabited buildings or unused land – has become a major problem. By 2019, following a 58% surge in cases in five years, close to 100,000 properties were occupied by okupas (squatters), according to estimates by the Insititut Cerdá. The number does not include dwellings occupied by tenants who have simply stopped paying their rent, since this does not count as squatting.

But Spain’s squatting problem could be about to explode as more and more non-paying tenants lose their homes, and take to squatting. For the past six months tenants of apartments owned by large private landlords or public companies have been protected from eviction by a government ban, but that ban is scheduled to expire at the end of September.

Once that happens, evictions are likely to surge. As in many other countries, it’s not clear how many tenants are not paying their rents since reliable sources of data do not exist. But what data does exist suggest that by late May around 17% of tenants were not paying their rent. If that number is even half accurate, it means Spain will soon see “an alarming spike in evictions”, as the advocacy group Platform for Mortgage Victims (PAH) has warned. Many of those who are evicted may end up squatting somewhere.

Spain has become a squatter’s paradise for five main reasons:

1. Its huge stock of vacant properties. Spain has a crazy number of empty homes — largely a legacy of the last housing crisis. In the last census, of 2011, the government registered a total of 3.4 million empty residential properties — equivalent to almost a third of all of Europe’s empty housing stock. Since then, the number has gone down but no one knows by how much.

Many of the empty properties belong to bank’s property arms, private equity funds or wealthy investors, many of which are not interested in renting out the properties; they just hold onto them to make money on the capital gains — or at least they did while prices were generally rising, which stopped happening with the lockdown.

Roughly 70% of the properties that were illegally occupied in 2017 belonged to banks or other financial entities, according to the Institut Cerdá. They include dozens of blocks of entirely abandoned buildings that were “reoccupied” by PAH, to accommodate Spain’s burgeoning ranks of homeless families.

For many people, squatting is a desperate last resort, while for some it is a lifestyle choice or a political statement. Barcelona, which is ground zero of Spain’s squatting phenomenon, attracts squatters from all over Europe. In recent years, more and more young locals — including many with jobs — who have been priced out of the rental market or who simply don’t want to pay the inflated rents have also turned to squatting.

As a police officer from Barcelona who specializes in evicting okupas told me, removing squatters from properties belonging to private equity funds is a slow, arduous process, due largely to the difficulty of identifying the actual owner of the property — Blackstone, for example, operates in Spain through dozens of different subsidiaries — and then tracking down a representative with whom to liaise. “This takes up a huge part of our day-to-day work,” he says.

2. Juicy money-making opportunities for enterprising criminals. In recent years, enterprising criminal gangs have begun specializing in locating and breaking into vacant apartments. Once they find a place, they quickly change the locks and rig the apartment to the neighbors’ gas, water and electricity supplies. They then “sell” the flat to a squatter, or group of squatters, for between €1,000-€2,000.

In this way, a burgeoning black market has sprouted up. In the Raval neighborhood of Barcelona, the market is controlled by a gang from the Dominican Republic; they charge around €1,500 for each property “sale.” The squatters get to live in a fully serviced apartment without having to pay rent or utilities for a period of around six months. If the flat in question is owned by a fund and the squatters don’t draw undue attention to themselves and the neighbors don’t cotton on to the fact they are effectively subsidizing their utilities consumption, they can often stay a lot longer.

3. Spanish property law tends to protect squatters more than owners, particularly if the property that has been occupied is not a primary residence. If a squatter occupies a person’s primary residence, he or she can be charged with breaking and entering, for which the punishment is usually a prison sentence of between six months and two years. However, thanks to a change of law in 1995, if a squatter usurps a property that is not being used as a main residence, including sometimes second homes, they are likely to be charged with ocupación (squatting), for which the punishment is generally much lighter, ranging from a few-hundred euro fine to a six-month prison sentence.

4. Slow judicial process. If a property that is not a primary residence is occupied illegally, the owner can take one of two paths. He can go through the civil courts to try to recover the property, which means hiring a lawyer, paying court fees and often waiting a long time. At the very least, the owner can rest assured that at the end of it, he or she will recover the property.

The alternative is to take the penal route, which is free of charge and can sometimes be faster, but the outcome depends largely on the efficacy of the police officers involved. The only chance they have of evicting squatters quickly is if they can prove in next to no time that the property has only just been occupied. But that is easier said than done, especially if they have no access to the property. More often than not, the investigation goes nowhere, leaving the property owner little option but to take the civil route.

In 2018, the government tried to expedite the civil process by introducing an “express eviction” clause that allows affected owners to petition the courts to request the return of the property, while asking the judge to adopt the precautionary measure of eviction prior to sentencing. If granted, the squatters have, in theory, just a few days to either present “sufficient title” to remain or leave the property. In reality, it can take much longer, especially if the squatters in question are a family with children. Also, this process is not available to large-scale private property owners.

5. Spain is no country for tenants. For decades Spain has been a country of home owners. Before the crisis, it had one of the highest home ownership rates in Europe, of more than 80%. At the height of the housing bubble, in 2003-05, around 700,000 homes were being built a year, more than were being built in Germany, France, Italy and the UK combined. When the housing bubble burst, in 2009, over half a million households lost their homes. Many of the newly built houses were never occupied.

Since then, the rental market has taken on a much bigger role, but conditions in the market are not exactly consumer-friendly. Many apartments are barely fit for purpose yet somehow command high rents. In some places (Barcelona, Madrid, Malaga…) rents have soared by over 50% since 2013, while wages have gone nowhere. It’s not just the rents that are prohibitive; so, too, are the upfront fees and deposits tenants have to pay.

After the crisis, many social housing projects were sold off to international funds belonging to Wall Street giants like Goldman Sachs and Blackstone. As a result, rented social housing, which normally offers cheaper rents, now makes up just 2% of all residential property in Spain, down from 3.5% in 2005. That compares to 30% in the Netherlands, 24% in Austria, 21% in Denmark and 17% in the UK and France.

Ironically, the right of all Spanish citizens to decent and adequate housing is enshrined in Article 47 of Spain’s 1978 constitution. Yet in large cities such as Barcelona, Madrid, Malaga and Palma de Mallorca, more and more local residents are finding that such a right no longer exists in the city they were born in. Unless this trend is reversed and as long as Spain’s legal system continues to protect squatters in a way that almost no other country does, many more people will opt to squat.