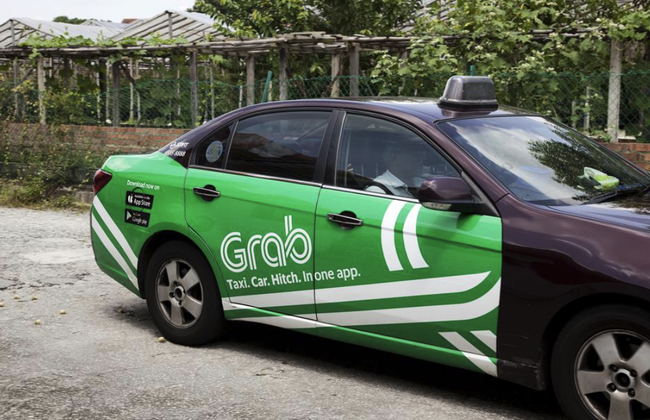 
In a report that probably won’t raise eyebrows amid Uber’s court battle for the future of its London business (the company’s lawyers are facing off against Transport for London in a British court on Monday as the ride-share giant fights what is now its second operating ban handed down by the regulator), Bloomberg just revealed that Alibaba is in talks to “invest $3 billion into Southeast Asian ride-hailing giant Grab Holdings”.

However, instead of Grab issuing $3 billion in new shares, “a portion” of these funds – Bloomberg doesn’t reveal how much – will go to Uber, allowing the San Francisco company to cash out some of the 23.2% stake in Grab (worth approx $3.25 billion of its SoftBank-inflated $14BN valuation) it accrued during the global battle over ride-share territory. The same impulse also led to Uber’s misadventures in China, where it infamously sold its business to domestic rival DiDi.

Based in Singapore, Grab aims to effectively become the Uber of Southeast Asia, with a focus on both taxis and motorbikes, which are much more popular in parts of the region for taxi transport. Grab is also among the many startup bets made by SoftBank and its Vision Fund.

Not only has SoftBank invested in Grab, it has also invested in one of its biggest rivals, Gojek. Some have been pressuring SoftBank to try and make a merger betweeen the two rivals, presently engaged in a value-destroying turf war, a reality. SoftBank also owns a massive slug of Alibaba, which means the Japanese conglomerate would be on all three sides of this injection of capital into Grab (Alibaba, Uber and Grab).

While Bloomberg chooses to focus on whether Grab can “live up to its lofty price tag”, we feel Uber’s involvment is interesting, particularly the lack of details surrounding how much of Uber’s stake will be sold. Presumably, whoever leaked the story probably knows those specifics. It’s possible the two companies – Alibaba and Uber  – are still fighting over a final price for the sale, but if that’s accurate, then why not say that?

To be sure, Alibaba is China’s biggest publicly traded corporation, and this deal does mark its first major foray into the global ride-sharing business. It’s also BABA’s biggest bet on SE Asia since its 2016 investment in Lazada.

The Chinese e-commerce giant, a sole investor in the round, will spend a portion of the funds to acquire some of the Grab stock held by Uber Technologies Inc., one of the people said, asking not to be named as the discussions are private. The deal may represent one of Alibaba’s biggest bets on Southeast Asia since its first investment in Lazada in 2016. China’s largest corporation has previously had limited forays in ride-hailing but a potential tie-up with Grab gives it access to data on millions of users in eight countries, a growing delivery fleet as well as a stake in digital wallet and financial services.

The funding – about a fifth of Grab’s last known valuation of $14 billion – comes amid growing questions over the company’s ability to live up to its lofty price tag as it grapples with the impact of the coronavirus pandemic. Chief Executive Officer Anthony Tan said the company is facing its “single biggest crisis,” while co-founder Tan Hooi Ling warned in May of a “long winter.” Existing investors have also been frustrated by what they see as value-destroying competition with Grab’s regional arch-rival Gojek.

Unsurprisingly, much of the Bloomberg report focuses on the dire straits for the global ride sharing business, prompting readers to wonder: could this be a firesale?

Masayoshi Son’s SoftBank Group Corp., an investor in all of the world’s biggest ride-hailing companies, is at the center of the discussions. The Japanese company has used its position as a major shareholder to push Uber to unload stakes in Grab, Didi Chuxing of China and Russia’s Yandex, the person said. Uber said in April it would write down about $2 billion in those investments after the coronavirus pandemic upended the ride-hailing business. Representatives of Grab declined to comment, while Uber and Softbank didn’t immediately reply to queries. Alibaba offered no immediate comment.

SoftBank has also pushed Grab to make peace with Gojek. Even as speculations about a possible merger have re-surfaced, the two are far from reaching a deal, according to people familiar with the matter. The negotiations are hampered by a hostile relationship between the two companies and the complexity of coordinating between so many investors, they said.

JPMorgan Chase & Co. is advising Grab and Goldman Sachs Group Inc. is advising Gojek, other people familiar with the matter said. One scenario discussed in the past is potentially combining only the companies’ transportation business in Indonesia, one of them said. Grab and Gojek, valued at $10 billion, are fierce rivals with an ambition to create an all-in-one “super app.” They also compete in food delivery and financial services.

Indonesia, by far the largest and the most promising market in Southeast Asia, remains the key sticking point in any potential merger, with both companies wanting a majority stake in the merged business there, according to the people. Gojek, seen as Indonesia’s national champion whose app has been downloaded most in the country, won’t be squeezed into a deal, according to another person familiar with the discussions. It has in the past denied merger speculation.

With ride-share companies climbing out of a devastating pandemic-driven financial slump, there are probably some good deals to be had. Masa Son would be remiss not to take it if he had an opportunity to be on both sides of such a transaction.