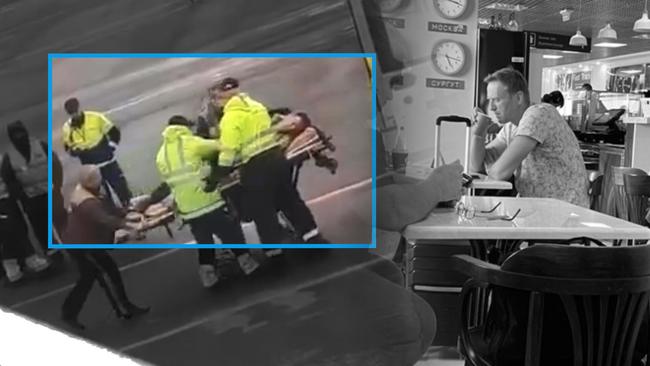 What’s going on regarding Alexey Navalny repeats the great 2018 poisoning by novichok of the Skripals in Britain hoax.

Whenever something like a Navalny incident occurs, they’re quick to blame Russia or other nations targeted by the US for regime change.

Whatever happened to Alexey Navalny wasn’t from exposure to a novichok nerve agent able to kill in minutes.

He’s very much alive and able to communicate three weeks after falling ill aboard a flight from Tomsk, Russia to Moscow.

“This whole incident cannot but raise questions about some foul play being staged.”

Key is who benefits and who’s harmed. Russia clearly gained nothing from the Navalny incident.

Potentially it has much to lose. Nothing remotely connects the Kremlin to what happened to him.

A delegation from the (pro-Western imperial tool) OPCW visited Navalny in Berlin’s Charite Hospital where he’s being treated.

In response to Reuters’ request for more information, a BND statement said the following:

“The Federal Intelligence Service will comment on any findings exclusively to the federal government and the responsible committees of the German Bundestag that meet in secret.”

In its latest edition, Der Spiegel reported the following:

“Leading politicians in Germany from all mainstream parties are demanding that construction on the natural gas pipeline Nord Stream 2 be suspended as a result of the poisoning of Alexey Navalny.”

“Merkel’s government is so far resisting such calls,” adding:

It’s “clear that Germany’s relationship with Russia will change significantly.”

It’s “likely that the Kremlin was behind the poisoning (sic). And Russian President Vladimir Putin (sic).”

“(A) debate has erupted over which sanctions the German government should now consider applying.”

“The only penalty that would primarily hurt Moscow would be a construction stop on the almost completed Nord Stream 2 natural gas pipeline.”

Some members of “Merkel’s governing coalition…are increasingly demanding that the pipeline project be abandoned.”

“Within the government, however, that step remains off limits. Officially at least.”

Merkel supports its completion. At the same time, she seeks an EU response to what happened to Navalny.

Abandoning the project in favor of 30% more expensive US LNG will be economically harmful to Germany, what cool heads in the country and Merkel understand.

On Thursday, an EU Political and Security Committee meeting was held in Brussels, the Navalny issue discussed.

At the same time, his spokesman said as long as there’s uncertainty over who may be responsible for Navalny’s condition, discussing punitive measures is premature.

Without verifiable evidence beyond a reasonable doubt that does not exist, blaming Russia for what happened has no credibility.

EU officials in Berlin and Brussels admitted that numerous nations in Europe and elsewhere have access to novichok and other deadly toxins.

Despite nothing connecting Russia to Navalny’s condition, Pompeo blamed the Kremlin, saying the following:

“I think people all around the world will see this kind of activity for what it is (sic),” adding:

“And when they see the effort to poison a dissident, they recognize that there is a substantial chance that this actually came from Russia (sic).”

He declined to say how the Trump regime will respond.

DJT stressed that “(w)e haven’t had any proof yet but I will take a look.”

Russia’s Foreign Ministry slammed what it called “unfounded accusations and ultimatums,” accusing Berlin of using Navalny’s condition “as a pretext to discredit our country” unjustifiably.

In its latest edition, Germany’s DW news said “Berlin’s Justice Ministry on Friday approved a request from Moscow for legal assistance in the investigation of the suspected poisoning of opposition leader Alexei Navalny,” adding:

“Germany has tasked state prosecutors with working with Russian authorities.”

On the same day, Russian police said they asked permission from Germany authorities to question Navalny, a request virtually certain to be denied.

Russia’s Interior Ministry said it wants to send a team to work with German investigators on the Navalny case to ask “clarifying and additional questions,” adding:

It requested the presence of its team to “carry out investigative activities with Navalny, medics and (German) experts.”

On Friday, Berlin said it hadn’t received a request so far, DW adding:

“The public prosecutor’s office in Berlin said it had been instructed by state authorities in the German capital to provide legal assistance and information on Navalny’s health to Moscow.”

He “must however agree to this, the prosecutor said in a tweet.”

No evidence to open a criminal case exists.

She’s at it again, saying through her spokesman without evidence the following on Navalny:

“There was a very serious crime committed on Russian soil (sic).”

“There appears to to be no doubt this exotic and highly deadly substance — novichok — was used (sic).”

“(I)t’s incumbent on the Russian authorities to investigate a crime of this severity that took place on their own territory (sic).”

No evidence of a crime against Navalny exists.

Thus, there’s no reason to conduct a criminal investigation.

As long as German authorities refuse to provide Russia with evidence of a crime it claims was committed against Navalny, the accusation is baseless.

No legitimate tribunal would pronounce guilt in a criminal case  without proof beyond a reasonable doubt.

In the case of what happened to Navalny, nothing suggests Russian responsibility for his illness.