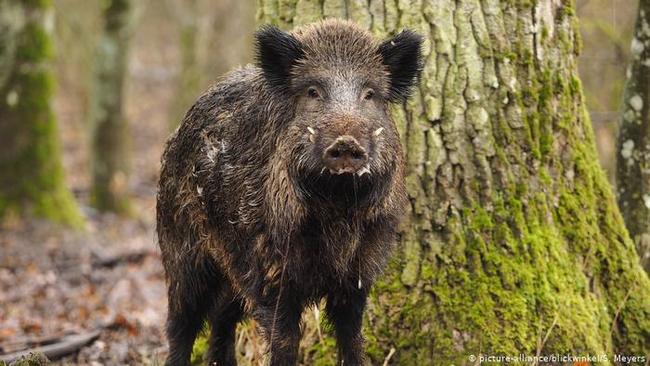 
Coronavirus continues raging all over the world right now, making headlines in India, Europe, South and North America, and Australia. At this point, the global virus pandemic shows no signs of abating as the Northern Hemisphere summer is coming to an end in the coming weeks, just as the flu season approaches. Meanwhile, African swine fever is hitting the news again, this time in Europe, as the first wild boar just tested positive.

The development of “pig ebola” in Germany prompted China to ban imports from the European country on Saturday, reported Reuters.

The ban comes as China’s pig farms were devastated by the African swine fever as there is no vaccine nor treatment, which means once it hits a farm, the only thing that can be done is to conduct mass cullings so that it won’t spread elsewhere. We noted, in late 2019, at least half of China’s breeding pigs died or were slaughtered to mitigate the spread of the disease.

The decimation of China’s pig herd resulted in hyperinflation of pork prices – and to this day, prices remain elevated.

The ban on all pork-based products from Germany is another blow to China and could send prices even higher. The reason is the European country supplies at least 14% off China’s pork imports, which may end up pushing demand for US and South American pork.

Here are the China pork imports from top suppliers (via Refinitiv data):

The ban, effective from Friday (Sept. 11), was put in place by China’s General Administration of Customs, Ministry of Agriculture and Rural Affairs. Here is what they said:

“All pigs, wild boars, and their products from Germany shipped from the date of this announcement shall be returned or destroyed.”

DW News confirmed Germany’s Food and Agriculture Ministry has been notified about the trade halt. German officials have been in talks with  their Chinese counterparts this weekend, in attempt to resolve the matter. There are attempts to limit the ban to certain areas in the country as the disease does not appear widespread, yet.

What this all means is that a pork export boom could be coming to the US, Spain, and or Brazil due to the trade halt in Germany.