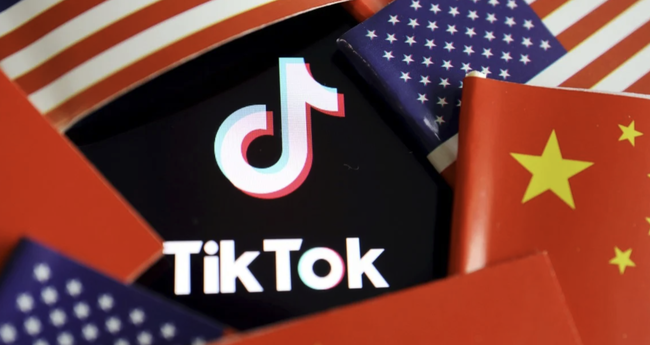 
As both ByteDance and Washington dig in their heels in a dispute over a potential sale of TikTok’s US-focused business, the Chinese tech upstart has just sent out its latest trial balloon in what has become a rapidly escalating game of chicken: The SCMP, a paper with ties to the CCP, is reporting that TikTok’s algorithm will not be sold to an American buyer.

Any potential buyer could simply buy TikTok’s US business, and build its own algorithm. But the TikTok algorithm uses advanced AI technology – technology that was recently included in a list of restricted assets that can’t be sold to foreign buyers without state approval.  Beijing has long opposed a deal, though initially it appeared that Beijing would tolerate a sale, at a premium, to be sure, so long as it’s not a “smash and grab” rush job.

Trump said Thursday that “we’ll either close up TikTok in this country for security reasons, or it will be sold…there will be no extension of the TikTok deadline.”

Communist Party spokespeople have accused President Trump of trying to bully the company into a sale. Now, the SCMP is saying that the algorithm isn’t for sale, but a western buyer could still purchase “the car, but not the engine.”

With a looming US deadline for ByteDance to sell TikTok’s US operations, the source said: “The car can be sold, but not the engine.”

“The company [ByteDance] will not hand out source code to any US buyer, but the technology team of TikTok in the US can develop a new algorithm,” the source told the South China Morning Post.

The source, who did not want to be identified, said ByteDance had notified US authorities and potential bidders of the decision.

If US President Donald Trump rejected the condition, there would be no possibility of selling TikTok and the app could turn dark for its American users after the Tuesday deadline for divestment, the source said.

The source said the “no algorithm” condition was now the bottom line for any discussions of sales or restructure of TikTok, following the introduction of new Chinese government export controls.

The possibility of excluding the algorithm from a sale has already reportedly been explored by ByteDance in partnership with its suitors. Right now, that includes Microsoft, Wal-Mart and Oracle.

Trump has said Sept. 15 is the deadline, but his most recent executive order stipulates Sept. 20 – a week from Sunday – as the deadline.

The phrasing of Trump’s order doesn’t explicitly make clear the nature of the restrictions facing TikTok if the deadline passes, but many expect that Google and Apple will be banned from hosting the app in their stores, and that the service will be effectively banned in the US, as it has been in India.

The SCMP explains how the new export-controls imposed by the CCP work, bringing readers through the process of winning approval step by step.

With its new export control rules, China is showing that it can influence the outcome of this deal in this case – and others like it.

Any Chinese seller of sensitive technologies such as the push of personalised information based on data analysis has to apply to a provincial level commerce authority, which would have up to 30 working days to approve the deal. If the outline of the deal were approved, the firm could start “substantive negotiations” with potential importers of the restricted technologies.

The firm would then have to submit any contract for review to the commerce authority, which would have 15 working days to make a decision. If approved, a technology export licence certificate would be issued.

The approval process could be shorter because local governments have been working to streamline procedures. It would take 19 working days to obtain an export licence certificate in Beijing after the required documents were filed, according to the municipal commerce bureau.

On Friday, Yan Ligang, head of the Beijing Municipal Commerce Bureau, declined to say whether his bureau had received any application from ByteDance about TikTok-related technology exports.

As the deadline for a sale approaches, we suspect we’ll be seeing a flurry of often-conflicting reports as ByteDance and the administration use the press as a weapon in the Trump Administration’s latest skirmish with China in the name of “national security”, or what Trump’s political opponents have instead tried to frame as Trump shuttering a media company in retaliation for screwing with his rally.