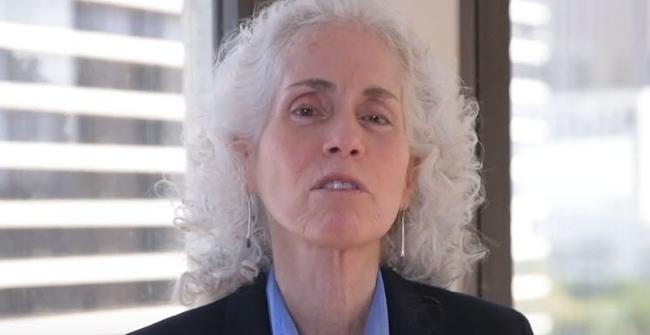 A Democrat bureaucrat finally said what we all have known to be the truth: The Wuhan virus limitations that Democrat politicians and bureaucrats have imposed on Americans will go away after the election because that was the plan all along.

As 2019 ended, the Democrats knew that Trump was cruising to reelection. He’d kept his base because he kept his promises about the wall, trade deals, the military, abortion, and our Second Amendment rights. Best of all, he’d supercharged the economy with tax and regulation cuts. The surging economy enticed other Americans who had not voted for Trump in 2016 to contemplating voting for him in 2020.

The Democrats’ troubles continued in 2020. In January, their impeachment imploded. Worst of all, the Democrat primary candidates did not excite the base. The only passion was for a spittle-flecked, wild-haired old communist, and the Democrats knew that, even in 2020, nominating a communist was a bridge too far. The Wuhan virus was an extraordinary and unlooked-for blessing for the Democrats because they used it to destroy Trump’s economy.

Right now, some might say, “That’s harsh. The Democrats have been trying to save lives. It’s worked out well for them that their efforts wrecked the economy, but that doesn’t mean that they deliberately manipulated the economy, destroying thousands of businesses and hundreds of thousands, even millions, of lives, only to win the election.”

Rather than recite the history of America’s politics before the Wuhan virus struck, we’ll have Saturday Night Live do it. Some of you may recall that, in early 2017, SNL did a funny sketch about a team of scientists, led by Scarlett Johansson, who hooked up a dog to a contraption that translated its thoughts. To everyone’s horror, the dog was a Trump supporter:

The sketch was popular amongst conservatives. What passed almost unnoticed, though, perhaps because of all the impeachment craziness, was that SNL did a follow-up sketch in December 2019. Once again, Max, the Trump-supporting dog, had his say. The second sketch wasn’t as well written as the first one and, as someone commented to me, the actors seemed deflated. However, the sketch’s value lies in the fact that the points Max made reflect what Democrats feared most heading into 2020:

Although Democrats initially played down the Wuhan virus, denouncing Trump as a xenophobe for closing down most traffic to the U.S. from China and Europe, they soon realized that the virus had the potential to damage the economy. The 15-day lockdown to bend the curve was probably legitimate, but it didn’t take long to realize that extending the lockdown was where the real power lay. The lockdown also showed Democrats how remarkably compliant people are when fear is used to take away their liberty.

As the lockdown continued, and Democrats always gave passes to Black Lives Matter and Antifa, people began to suspect that politics drove the Democrats’ insistence that Americans must live abnormally constrained lives until the virus ends or there is a vaccination. Trump, therefore, terrified the Democrats by promising a vaccination before the election. Kamala Harris responded by saying preemptively that the vaccination would be dangerous.

Much of the above was and is supposition. But now we have something different and concrete.

Los Angeles County is America’s most populous county, the largest government entity in America that is not a state or the federal government, and the third-largest metropolitan economy in the world. It’s also entirely Democrat-run, as evidenced by poverty, drugs, and homelessness, as well as its vast wealth inequality.

Los Angeles students still cannot go to school but must, instead, do online learning. We already know that part of the problem is that the teachers’ union had some pretty stringent demands, few related to the students’ physical and mental well-being.

However, it turns out the continued school closures are also because of politics. We know this because LA County’s Public Health Director, Barbara Ferrer, admitted as much when speaking to a gathering of school nurses and other school administrators:

So we don’t realistically anticipate we will be moving to tier 2 or to reopening K-12 schools at least until after the election, after, you know, in early November. When we just look at the timing of everything it seems to us the more realistic approach to this would be to think that we’re going to be where we are now until we get, until after we are done with the election.