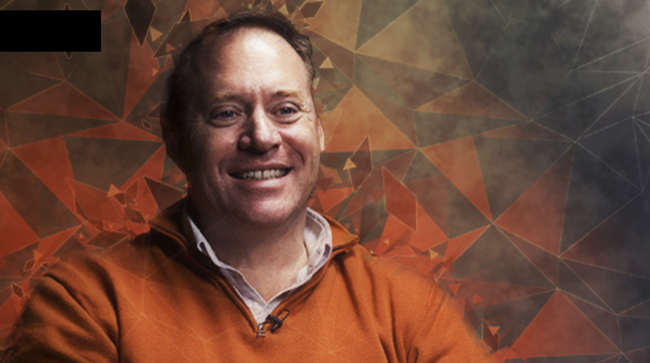 
Featured in this week’s episode of MacroVoices is Mike Green, portfolio manager at Logica Capital, which he joined in January 2020 after serving as portfolio manager for Thiel Capital, the investment firm that manages the Peter Thiel’s private equity, which is currently led by managing director Eric Weinstein.

Fresh off an appearance with Grant Williams and Bill Fleckenstein in a series of podcasts discussing the US equity market “Endgame”, Green spent a solid slice of the interview with MV’s Erik Townsend discussing the long-term ramifications of the Fed’s historically accommodative monetary policy, and what’s starting to seem like to an inexorable slide into MMT.

But Green’s research doesn’t focus so much on the actions of the central bank, but on investors’ reaction to central banks’ money printing. There’s still a mechanism for how capital filters into the financial markets. What is it?

As Green explains early in the interview, passive investing has transformed the thought process behind investing decisions to one where fund managers running these passive funds aren’t basing their buying on fundamentals, or anything, really, other than the net flow of capital into, or out of, the fund.

When you move to a passive framework it becomes rules literally as simple as: Did you give me cash? If so then buy; and in reverse, did you ask for cash? If so then sell, with no consideration for the underlying fundamentals or the economic backdrop in which the events are occurring. That change and the reduction in cash that those funds hold versus traditional vehicles in our analysis is actually responsible for the vast majority of the price increase that we’ve seen relative to the fundamentals. Absolutely, there was an improvement after 2009 as the global financial crisis came to an end that supported recovery in asset prices and certainly activities like corporate share buybacks have contributed as others have noted. But by far the dominant feature appears to be this dynamic of passive investing.

Robinhood traders and their growing sway in the market (as their trades are front-rum and amplified by HFT firms that pay Robinhood, Schwab etc for order flow (an entirely new business model for a discount electronic brokerage)have been a hallmark of investing in 2020. Green acknowledges that corporate buybacks also play an important role.

One of the most important questions on investors minds, now that we know that much of this summer’s wild rally in the Nasdaq was driven by SoftBank’s call buying scheme, is what do we have to look forward to in the coming months? Will we see more tumult heading into the election.

It’s important to remember, since we’re talking about the impact of flows on asset prices, that we’re 40+ days into a fiscal cliff. One of the issues that Green discusses in the interview  is whether the Fed’s post-coronavirus corporate bond buying, and other aspects of its stimulus program, impacted the real economy. Green says his research shows the impact was minimal.

Mike: Well, so in simple terms, there’s nobody who’s right or wrong until history tells us what’s the right answer. So, we have our view on that, there is obviously an impact from QE, there is a when the Fed goes out and expands its balance sheet in particular if it is using the expansion of that balance sheet to purchase assets from the private sector. It’s doing two things, one is it’s raising the price of those assets because they become protected to the downside effectively or abrogating the left tail, you’re also in some situations forcing people to find alternate uses of that capital.

So if I buy a corporate bond from a hedge fund they now have cash that they have to deploy and potentially have more cash than it was marked on their book or the way they were treating it, if they had had to sell it to third party into an illiquid market, right? So those dynamics, absolutely create stimulus and absolutely support asset prices. The question is, does that actually flow through in any meaningful way into economic activity? And we’re not seeing any meaningful evidence of that.

Among other things if we look at the pace of growth associated with those dynamics; we don’t see an awful lot of evidence of it. We’re we see market based measures, like inflation expectations as proxied by TIPs, those tend to show the sort of recovery that people would refer to, but there’s an alternate explanation for that that’s embedded in terms of how those are calculated tips themselves have a premium associated with volatility in one form or another.

So, I’m skeptical that it does what people think it does on the MMT front, I completely agree that is growing in importance and credibility, we have not yet meaningfully seen the impact of that. The supports that we’ve seen in terms of a variant of universal basic income for those who are on unemployment was a very brief and fleeting experience that we’ve seen for give or take four months in the United States and in some other geographies to a lesser measure. But we’re a long way away from a world in which everybody is receiving a significant guaranteed income from the government and the government has almost no considerations for how that actually plays through. So, if that MMT world were actually in place, I would expect that we would have seen a much more aggressive expansion of corporate profits of household incomes, etc., and the evidence is weak at this stage that’s in play.

With many newly minted traders pulling money from their brokerage accounts, following Green’s logic, could help exacerbate a selloff in markets if there’s no new money coming in. And with more than 800,000 Americans still filing for unemployment benefits every week, without more federal money, it’s fair to suspect that we could see a reversal.

Green and Erik Townsend, his interviewer, traversed several other topics, including the dollar’s role as the world’s reserve currency, and whether it’s status is being threatened. Like Green points out, the US’s decision to increasingly use the dollar’s status as a cudgel against geopolitical rivals is ratcheting up the incentive for the world to find an alternative.

Mike: So, I think your observation that there is no alternative is probably the right one and there are always risks to the replacement of the reserve currency. But again, it tends to be the function of a violent shift and so the transition from the British Pound to the US Dollar was a result of the aftermath of World War One where the British were forced to borrow in large size from the Americans and ultimately, that meant that the supply of Pounds to the global regime was far greater than could be maintained.

And simultaneously, the UK tried to move back to the gold standard levels which created inappropriately tight monetary policy, etc. That type of transition of course can occur if there’s an event of that type of magnitude that changes the US status in the world but that’s hard to achieve. I mean, it would require a legitimate repudiation of the dynamics of the Pax Americana where it became clear that the US was no longer able to enforce property rights or claims in regions around the world. We still are a long way away from that, while there are potential rivals in the form of a unified Europe, which took its strongest form and under the Euro has created its own challenges.

Also, you have to consider China as a somewhat legitimate threat to that dynamic, they’re just far from clear replacements. And if anything, while people talk about the loss of reserve currency status, the US share of global trade when properly measured by looking across regions, not necessarily states has continued to rise, it’s become more dominant, not less dominant. Now, in terms of the incentive structure that you refer to the US has also become much more aggressive in terms of using or weaponizing the Dollar, and that does create incentives for people to respond. But it’s very difficult to openly mount a challenge to the global hegemon, it would require an overt act that would have significantly negative impacts on most of the countries that are talking about this, which by and large are running current account surpluses which means that they are beholden to the US to buy their goods and services. That’s just it’s gonna be really, really hard to replace that.

Listen to the interview in its entirety below: