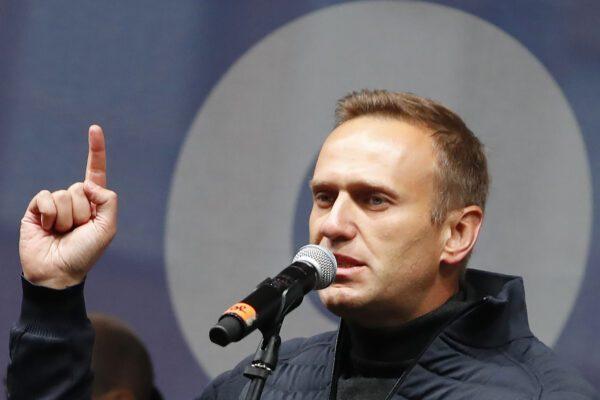 
The Alexei Navalny saga continues, with Russia essentially saying it has nothing at all to hide, now telling Germany it wants to send Russian investigators to assist in establishing what happened.

Moscow further says it’s established a timeline of Navalny’s movements ahead of the alleged poisoning incident, with a crucial witness also being sought.

“Russian police have traced opposition politician Alexei Navalny’s movements and what he drank before falling ill in Siberia last month, and are trying to locate a witness who has left the country, the interior ministry said on Friday,” Reuters reports.

“This request will include an application for the possible presence of Russian internal affairs investigators… and a Russian specialist when German colleagues are conducting investigations with Navalny, doctors and experts,” the ministry said in a statement.

All of this comes after Navalny is said to have emerged from a coma days ago after the alleged Aug.20 incident, after which he was transported by emergency flight to German medical facilities. Media reports say he can now speak, and investigators are no doubt seeking answers. Sky News reports:

“Der Spiegel and Bellingcat understand that Navalny can speak again and can likely remember details about his collapse,” the publication wrote, crediting its investigative website partner.

“His statements could be dangerous for people behind the attack.”

The Kremlin has vehemently rejected the charge emanating from the West that Putin or any security services were responsible for poisoning the Russian opposition politician and anti-corruption activist.

Despite a representative of Navalny insisting he had consumed any alcohol, the Russian timeline finds that:

Transport police in Tomsk had established a timeline of events leading up to Navalny falling ill, the ministry said. It listed a hotel, restaurant, flat and coffee shop Navalny had visited, and said he had drunk wine and an alcoholic cocktail.

Meanwhile Germany has said he was poisoned with Novichok agent, which includes nerve agents developed under the Soviets in the 1970s through 1980s. Critics of the German narrative say the idea that Putin would order the opposition activist’s poisoning via Novichok is too “obvious”.

Some European politicians are already talking sanctions against Russia over the ordeal; however, Russia has pointed out that nothing in the way of evidence has been established.

He had reportedly been on a Russian commercial flight and after being served tea at Tomsk airport in Siberia. Mid-flight he cried out in pain loudly and collapsed, after which he was placed in intensive care.