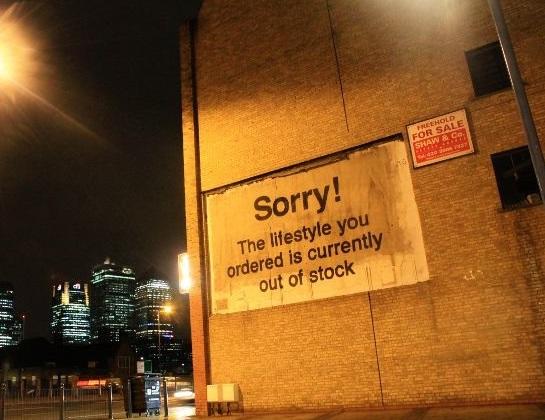 The “system” known as a city, now bloated and overgrown by decades of mal-investment, will be forced to become self-supporting.

So let’s look at the urban exodus that’s exciting so much commentary. Two essays pin each end of the urban exodus spectrum: James Altucher’s NYC Is Dead Forever, Here’s Why focuses on the technological improvements in bandwidth that enable digital-economy types to work from anywhere, and the destabilizing threat of rising crime. In his telling, both will drive a long-term, accelerating urban exodus.

Jerry Seinfeld’s sharp rebuttal, So You Think New York Is ‘Dead’, focuses on the inherent greatness of NYC and other global metropolises based on their unique concentration of wealth, arts, creativity, entertainment, business, diversity, culture, signature neighborhoods, etc.

Dear Jerry and James: You’re Both Wrong About New York, And I doubt you’ll ever be able to see why.

Fifty years ago, cartoons of New York Mayor John Lindsay were splashed across the editorial pages of American media. Pockets emptied and with a comical expression, he was depicted as a pathetic beggar, hoping somebody, anybody would loan his city the money it desperately needed to continue paying its bills.

His challenge was reflected in just about every other major city, where commercial flight, infrastructure rot, and population loss was on-going and devastating to already corrupt civic finances.

Turned out cities weren’t selling what people wanted to buy. People wanted space, property, and autonomy—the supplies of which cities are specifically designed to restrict for their leader’s own personal aggrandizement. The unprecedented prosperity of the postwar years created a large American middle class with options.

And they opted to move out.

Yet twenty years later after John Lindsay went begging, most large cities were experiencing a civic renaissance–with investments in world-class infrastructure, an influx of youth and talent, and rates of population growth that would rival previous heydays.

Budgets were even being balanced.

Back when Lindsay was begging, the idea of the Federal government bailing out a city like New York was extremely controversial, even more so than bailing out individual states today.

It had never been done before. Why?

Our currency had value.

It was backed, at least in part, by gold.

Then in 1971, to prevent the last of the nation’s gold hoard from redemption and export as a result of years of trade deficits; President Nixon signed an executive order ‘temporarily’ suspending the convertibility of the dollar to the precious metal.

The currency of America was officially valueless–unmoored from reality, able be created in whatever amounts plausibility and confidence could support.

Back then there were certain hard asset markets that could still serve as honest markers of currency value; real estate, oil, precious metals–but eventually all could be undermined by corruption and manipulated by leverage.

Cities such as New York where such markets already existed could be cultivated and embraced as centers where the ‘advantages’ of the now unmoored fiat could be exploited to maximum effect.

For top efficiency in these efforts, physical proximity of the looters to each other was essential. Such proximity also supported the natural need of these sociopaths to compare individual results through possessions, hookers, and blow. And as the immense proceeds of financialization piled up, competitive philanthropy and the drive for personal safety also led to a vastly improved local quality of life.

Increased policing, improved infrastructure, cultural amenities–all were funded by peacocking financializers who in turn were funding themselves by pulling future demand forward through leveraging a fiat currency which was rapidly depreciating to its real value–zero.

Yes, the real rate of inflation could be hidden through manipulating the official calculations of metrics such the CPI (consumer price index).

Sure, the widening gaps in the real return of labor vs. capital could be masked by lowering interest rates and easing credit access.

Of course, the ‘deaths from despair’ in the countryside would rise as reality caught up with those not poor enough for a safety net nor wealthy enough to get in on the skim.

But the cities themselves would thrive–because even in a connected world they themselves were essential. They, like Las Vegas casinos for the mob, were the centralized locations where the skim itself was worked.

But there was never any actual ‘Renaissance’ of our cities. No DaVinci, No Michelangelo, No Botticelli.

Our scholars were credentialed classist legacies or confidence tricksters; our businessmen, financial engineers; our artists, propagandists.

It was all, as Elaine Benes (how appropriate) would say, “Fake, Fake, Fake.”

But, boy did that New York have energy!

Today, financialization has reached its limit.

There’s very little upside to financialize. It takes a whole lot of new debt to generate one additional dollar of new revenue.

And the people themselves have gotten wise to the skim off their labor. They’re realizing that the only way to win is not to play. The deflationary effects of massive oversupply will be something to see.

You don’t even have to live next door to keep up with the Jones’s, you can just fake it on Instagram.

The city, as a tool for financialization, has outlived its usefulness.

And therefore, there will be no additional outside investment, there is no reason for anyone to do so.

The “system” known as a city, now bloated and overgrown by decades of mal-investment, will be forced to become self-supporting.

For these cities, the rule of law is now a center of cost.

Your residency, a center of revenue.

Your ethnic and racial identity, a source of someone else’s political power.

Those who can leave such places should not let the fallacy of sunk costs hold them in place. The assets you think you own in these cities aren’t real. They’re illusions; ephemera whose value was propped up by the same forces that created the phantasm of Giuliani’s Times Square.

The smartest money left a decade ago when the connectivity of technology outweighed the value of the ego comparisons of wealth and status. Heck, Michael Bloomberg was mayor and even he didn’t actually live in the city he led.

The ‘inertia’ money, those still hooked on status and nostalgia, are just leaving now. They’re taking losses, but at least they’re taking something. Check out the vacancy rates on the Upper West Side or in the Tenderloin District. I’m looking for the Seinfelds, the Gaffigans, and the Stephanopolises to be selling their co-ops soon. It’s not just unsafe, its unlivable.

The next outmigration will be those who leave all their assets behind. As of this writing, Minneapolis actually is charging owners to remove the remains of the property they were previously taxed on and that the city couldn’t/wouldn’t protect with the services paid for by those very taxes the property owners were coerced to pay.

The final outmigration will be those who don’t leave at all, not even with their lives.

Get what you can for your financial assets, coordinate with your social capital and run. Sure, this suppression of price might be intentional, but for you it’s not coming back. Make the best of a bad situation and start anew.

Sadly, if back in the 70s these cities had simply been left alone to decay in a linear manner, there may have been some hope.

There were still strong, self-supporting social communities among the decay. Left to their own devices, they would have sorted themselves out, created their own systems, and reached a livable equilibrium.

But the Potemkin of 90s New York and similar cities pulled the pendulum so far back that those social communities and the social capital that supported them are well and truly gone.

As the pendulum swings back, the barbarity and mayhem that are about to occur will be a sight to behold.

Robert James is the sobriquet of a long-time CHS subscriber who encourages free discourse as a path to a better world.