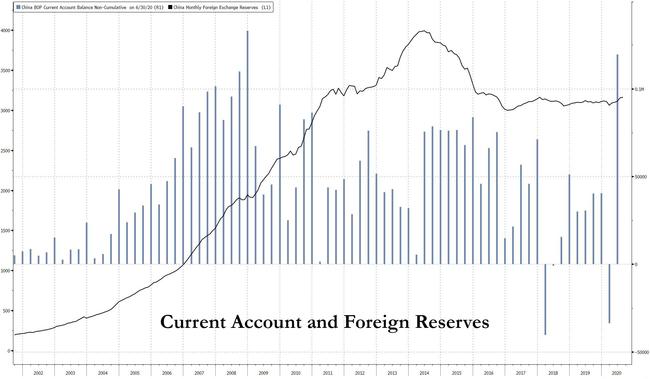 Three strikes … and the bears are out?

The Nasdaq 100 Index roared back Wednesday after plunging for three sessions. It’s hard to know for sure that the correction in tech is over, but the bounce in oil and the dip in the dollar are encouraging in the sense that there’s limited spillover. The dollar was undermined by reports that ECB policy makers have become more confident in the region’s recovery.

The drop in implied volatility for tech stocks is also promising. In fact, the VXN declined to 38, marking only the fourth time since 2001 that the gauge crossed below 40 after the NDX slumped more than 5% over the past week. In all three previous occasions, the NDX rallied over the next 20 days, returning 4.3% on average.

Chinese stocks had their own tech swoon, with the ChiNext losing 13% since the July high. It’s hardly surprising. With a P/E multiple of 71, the index is susceptible to the recent rise in bond yields.

In other news, some economists have been scratching their heads recently about a puzzling question: Why China’s foreign reserves aren’t growing, given a large trade surplus and strong portfolio inflows. In a note titled “A balance of payments puzzle,” Duncan Wrigley, chief strategist at Everbight Sun Hung Kai, noted that there was a US$100 billion gap in the financial account deficit in the second quarter that cannot be fully explained after accounting for the main components with reported data so far, including the current account, direct investment, portfolio flows and foreign reserves.

What could be the possible explanations? Wrigley proposed a few possible theories:

Wrigley largely dismissed the last two explanations himself, because they are contradictory to the perception of increasing foreign inflows.

Another possibility: Brad Setser, a senior fellow at the Council on Foreign Relations, pointed out that in the past the PBOC has disguised some of its reserves by holding them off-balance-sheet and in effect lending them to the state banks. Regardless of the reason, what’s clear is that there “has been a rise in net foreign assets of the banking system in the Chinese data,” said Setser.

The State Administration of Foreign Exchange of China is scheduled to release more details about its balance of payments data later this month. Hopefully, it will shed some light on the mystery.