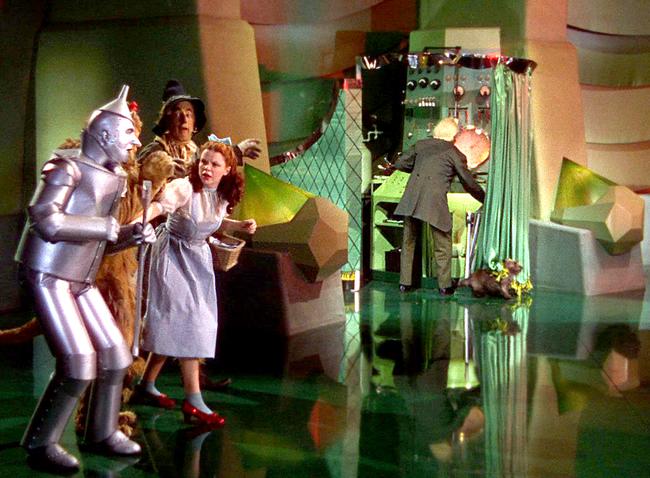 “Denial is not just a river in Africa.”

So Tesla bounced. Really…? Schroedinger’s and all that….

I am going to try something different this morning.  So please bear with, and let me know what you think..

I woke up with a headache – from thinking about where markets are going. Markets are very “complex” at the moment.   There are a host of conflicting short, medium and long-term dynamics underway – which are happening and interreacting faster and with more impact than many of us have the capacity to understand.  Try it.  The speed of change is skipping by us – numbing us to many of changes going on around us.

I’ve tried to step back and figure it out… but tying together the contradictory bluster of market dynamics is going to take longer than the few hours I normally spend on the Porridge over a cup of tea each morning… So instead, I am just going to chuck a whole series of vaguely connected thoughts at my cell home office wall and see if some of them stick…

Here are some random(ish) thoughts about markets and politics….

Doesn’t matter how serious Covid-19 has been.  The effect has been to shock the global economy.  The Pandemic detail is moving markets in the short-term, but also setting the narrative for the future.  The effect of each new lockdown, vaccine hopes, or government failure on testing, can be seen daily.  The longer-lasting effects on company plans and government spending will ultimately determine where the global economy goes.

Reality:  Even after a cure, the Pandemic will remain an historical shock that’s roiled short-term markets and set multiple long-term agenda.  Stop denying it.  Get used to it.

A speculative bubble burst is underway.  Investors belief in exceptional story stocks and missing out on “cheap” new IPOs has been a factor of markets since someone first swapped a bushel of corn for a piglet.  Hype and FOMO drive up hopes and expectations.  The last 6 months has seen the bubble vibe reach extraordinary levels – look at Tech and new IPOs going to crazy prices.  It’s been fuelled by the ultra-low zero returns from markets, and fear of the future.

There is always denial bubbles will burst, usually because of the false notion:“this time it’s different”.   I got called a “fat-moron” and worse on the Twittersphere for my comments y’day about Tesla being worth 10% of its peak value.  Even though there may be a curious logic behind bubbles, the lack of returns means they burst and inevitably suffer from mean reversion.

Reality:  Bubbles are inevitable.  Ignore them.  Value lies in “cheap” and under-priced. Its not apparent yet, but every market recovery and the most attractive opportunities and gains come from knocked back, neglected and cheap assets.

Whatever the optimists say about the apparent strength and speed of recovery from the Pandemic shutdown – it’s had very real negative effects.  Growth may be returning, and many of the jobs lost or furloughed have been reopened.  However, vast sectors of the tourism, hospitality and aerospace industries remain shuttered – which will continue to drag down economies.  There has been repressed consumer spending, but equally there is genuine consumer fear about their jobs.

Reality:  No one is talking about V or L shaped recoveries anymore.  It’s more complex.  The real economy has taken a massive knock, and that could take years to play out, even if Global GDP recovers more quickly.  As the economy recovers it will adapt.  It’s likely we’ll see 90-95% of activity recover quickly, but the last 5-10% prove much more difficult and “sticky” as the economy struggles to adapt to the massive pandemic changes.

The recent stock market correction is likely to inject some common sense back into the market.  There will be a shift back towards strong fundamentals which will include the decent profits and outlook for many Tech firms.  After this corrective phase and a strong coffee, stocks will return to elevated levels.  Upside will be fuelled by the relative value of stocks in a time of ultra-repressed bond returns, and because if the inflation threat emerges it makes more sense to own equity assets rather than debt in a time of potential rising inflation.

Reality: Confidence will remain “nervous” in the wake of ongoing economic weakness stemming from the pandemic, but volatility has been repressed thus far. Stocks look at better bet than bonds.

There is a curious belief that buying corporate debt in a recessionary market can’t be a bad thing because government support, stimulus and QE infinity will support and keep the market liquid.  True, but returns are close to zero, and kept there only because of intervention.  If inflation returns?  Your problem if you hold debt.

Reality: Solvent and barely solvent companies are issuing record amounts of debt at ultra-low rates because a) they can, c) lots of investors mandates require them to buy, and c) corporates see the upside of inflation inflating away their debt. The risks are stagflation further damaging solvency, or deflation. There isn’t much upside to justify taking these risks.

Short-term, surging Sovereign debt should not be allowed to become a crisis or cause governments with the advantage of “Monetary Sovereignty” to consider scaling back stimulus or introduce austerity packages. Owning the money presses supports the US, GB, CH and Japan – but not so much under an inflationary scenario – which will pretty much prove that monetary sovereignty is subordinate to the FX markets, and break the Modern Monetary Theory (MMT) case.

Countries without monetary sovereignty – which includes the whole Euro zone – are going to struggle to finance recovery and face destructive austerity unless the rules can be broken. Dollarised EM economies will struggle.

Reality: The opportunity could prove to be Europe. If the EU has been bounced into a proper fiscal union as a result of agreeing the €750 bln Recovery Plan, then nations like Spain, Italy and Greece can avoid austerity and reflate. That will trigger growth across Europe. It’s a big risk – and largely about dmonstic European politics accepting the fiat accompli of  full debt-sharing union acheived by default.

Sovereign Debt and Fiat Currency are critically linked. How much money can governments create?  MMT – which is hardly modern – is trending towards a theory of “smart government” monetary creation to finance social betterment and recovery. One strand argues helicopter money – putting cash directly in the hand of consumers – to drive consumption will work, and that taxes are a critical issue to ensure workers participate in the economy.

A better question might be.. How much money can governments create and get away with? At what point does confidence break? Will too much debt issued by less-than-competent governments cause an FX crisis triggering inflation? Will unlimited government helicopter drops trigger inflation, rising interest rates (or FX collapse) and stagflation.

Reality: There are lots of questions on MMT – its a cosmetically attractive option, which is why we should be wary.  The alternative is worse. Austerity and the nonsense that running an economy is like a family budget will create massive long-lasting recession.

Always believe… Gold is not just an inflation hedge. It’s an MMT hedge as well! MMT sounds great in theory, but no plan survives contact with enemy of FX markets. Go for the Italian Job thesis – £4mm in Gold in 1968 is worth £411 mm in real terms today. Gold is a real asset.

Over the 12 years I’ve been writing the Porridge (35 years in markets!) I’ve come to understand that markets will always be markets – no matter how distorted they become. However, the most active force upon them is politics.  I don’t think markets appreciate just how fundamentally and quickly politics is changing.  In the past year Markets took great relief when the UK rejected its flirtation with Corbynism, and everyone agreed Bernie Sanders would have been a terrible President… but listen and look at what’s happening out there as society changes and adapts. It’s happening faster than you think.

There is growing sense of deja-vu – this has happened before. Big companies, the banks, senior management and owners are reaping the rewards. They are being bailed out while losses are being felt most across the lowest echelons of society. The more middle-class a job, the easier it’s been to work from home and avoid furlough. That may change as manual workers are seeing their jobs return while many office workers are likely to learn what an unemployment office looks like. Inequality is rising.

The reality is that over the last 12 years since the last crisis, the consequences of over-regulation, QE and NIRP/ZIRP, tax handouts, and the rest has greatly distorted markets and changed political behaviours and expectations. Its leading to massive social changes that markets have been resolutely blind to in terms of rising income inequality and social injustice.

The battle is coming.

Markets hide behind the monetarist claim Private Enterprise will always do things better than Government. Markets love the “shareholder economy” – Milton Friedman’s dictum that the recipe for success is to run companies to maximise shareholder returns.  However, corporate failures (Boeing being a great example), massive payouts to lacklustre  management, and billionaires in world that still can’t eradicate poverty, cry out for Change!

A shift towards a more inclusive and equalising Stakeholder Capitalism where workers and consumers share with the owners and management the fruits of their combined labour (very clause 4!) and spending is underway whether markets like it or not. That’s the way politics will trend.

Such a shift in the role of Government has not yet been properly addressed by the lethargic political classes – although I suspect the chaotic Boris Johnson government will stagger into it at some point and get it profoundly mixed up.

Reality: the world is changing. Politics is likely to demand a shift from wealth creation in the private sector. That’s not necessarily a bad thing in terms of health, education and welfare provision, and may mean a vastly increased role for infrastructure finance. At the end of the day.. it will all depend on government debt. Will the MMT illusion work?