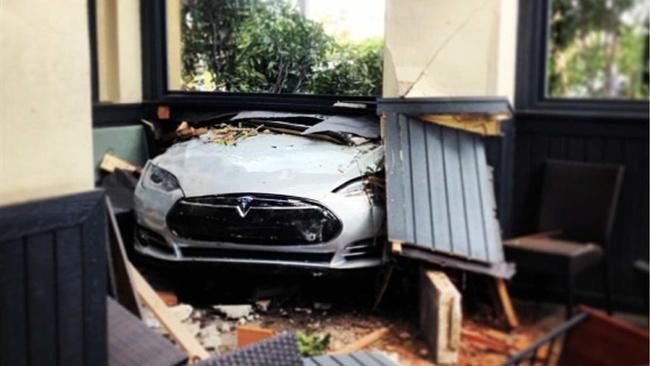 
Just days after an out of control Tesla in China’s Nanchong City left 2 people dead, China’s National Business Daily reported that Tesla vehicles do, in fact, “accelerate unexpectedly” Yicai Global reported in a surprising (and embarrassing) blow to Tesla which has been aggressively expanding in China in recent years.

The report says that there have been “four accidents involving ‘out of control'” Tesla’s in China since June alone. It attributed each of these incidents to “unexpected acceleration” of the vehicles. It was not immediately clear why the media in China, which has been especially hospitable to Elon Musk (in order to gain access to the company’s intellectual property according to the cynics) would suddenly turn hostile to the company whose spontaneous acceleration (and combustion) has long been known. Did China get cold feet and decide it has nothing to gain from a strategic Tesla partnership, and will it focus on developing its own native EV sector instead?

Back on June 16, a Model 3 owner in Nanchang reported that his car suddenly started gaining speed and reached 127 km/hour from a starting speed of 60 km/hour. He said he was unable to slow the vehicle using the brakes and it eventually “sped out of control for eight kilometers until it hit a mound, rolled over and burst into flames.”

Shanghai and Wenzhou provinces also had similar incidents, according to the report.

Recall, just days ago we documented the horrifying aftermath of a Tesla that veered out of control in Nanchong City, China, leaving mangled bodies strewn behind it. The video painted a disturbing scene, showing what appear to be lifeless bodies on the street in the aftermath of the event:

Days later, China’s state owned mouthpiece The Global Times said it was “raising doubts” over Tesla’s functions and quality, according to an article published last Saturday.

The article offered details on last week’s terrifying scene, stating that the car was reportedly being driven by a 51 year old woman and the accident resulted in 2 dead and 6 injured. The possibility of drunk driving and driving under the influence of drugs had been excluded, according to the report. Media outlets claimed that “the car had gone out of control”.