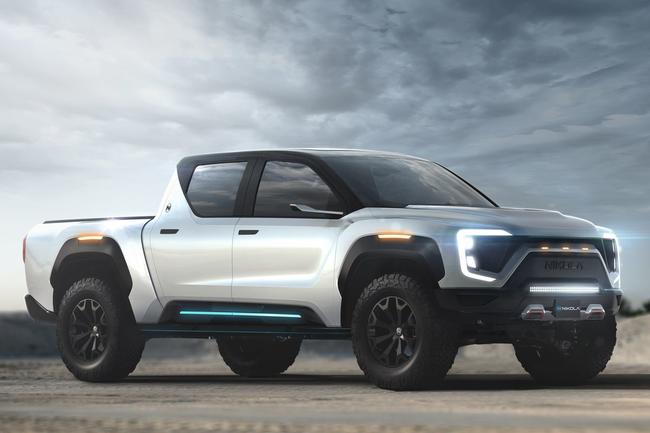 
Nikola shares are selling off pre-market in response to a new report from Hindenburg Research, which calls it an “intricate fraud” based on conversations with former employees.

“Today, we reveal why we believe Nikola is an intricate fraud built on dozens of lies over the course of its Founder and Executive Chairman Trevor Milton’s career,” the report claims.

“We have gathered extensive evidence—including recorded phone calls, text messages, private emails and behind-the-scenes photographs—detailing dozens of false statements by Nikola Founder Trevor Milton. We have never seen this level of deception at a public company, especially of this size.”

The report was followed by Tweets that appear to show various types of deception from the company. For example, one Tweet claims that Nikola’s “One” semi truck was just rolling down a hill in a video where the company claimed it was “in motion.

Our investigation of the site and text messages from a former employee reveal that the video was an elaborate ruse— $NKLA had the truck towed to the top of a hill on a remote stretch of road and simply filmed it rolling down the hill. pic.twitter.com/n2NLDGInzR

Similar claims seem to show that the Nikola One was not powered on its own during its 2016 reveal, previously called into question by Bloomberg several months. Rather, the report notes there was

The report calls the reveal a “total farce”.

We present behind-the-scenes photos showing that $NKLA had an electricity cable snaked up from underneath the stage into the truck in order to falsely claim the Nikola One’s electrical systems functioned. pic.twitter.com/mVhGuwrMtg

Additionally, the report points out that inverters claimed to be made in-house from Nikola appear to have been bought from another company, with pieces of masking tape covering up their logo.

The masking tape covers the inverter’s label, which would have made it clear who actually developed the component.

We asked Cascadia whether the part was custom-built or open to the public, and they confirmed it is generally available. pic.twitter.com/CQJ0CPUBIP

The report also questions some key hires at Nikola.

The masking tape covers the inverter’s label, which would have made it clear who actually developed the component.

We asked Cascadia whether the part was custom-built or open to the public, and they confirmed it is generally available. pic.twitter.com/CQJ0CPUBIP

And calls into question the company’s supposed battery technology.

….and (b) the President of the battery company was indicted months earlier over allegations that he conned NASA by using his expense account to procure numerous prostitutes. pic.twitter.com/nAt5QltTIw

The report comes just days after Nikola inked a partnership with General Motors, wherein GM would be supplying Nikola with fuel cells and production capacity – leaving many to wonder what, if anything Nikola was bringing to the deal. We imagine those skeptics will want to dig through this morning’s report.

You can read the entire report here.