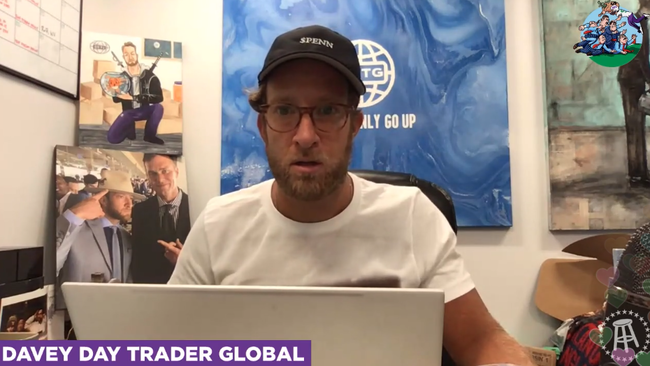 
The US stock market lost ground in the late Thursday session, as technology stocks lost steam. Robinhood traders tried to buy-the-dip in the morning but were monkey hammered from 10:00 ET and beyond. The short-lived rally on Wednesday trapped newbie traders into believing a “V” shaped rebound was imminent.

With the E mini Nasdaq down nearly 2% at around 11,181 level (at the end of the day) – none other than Barstool Sports’ Dave Portnoy, the market’s crazy amateur-genius, told thousands of viewers on his live Twitter stream around the 13:20 mark that he’s “over-leveraged again” and that, if he doesn’t sell by the close, his broker will force him to “write checks”.