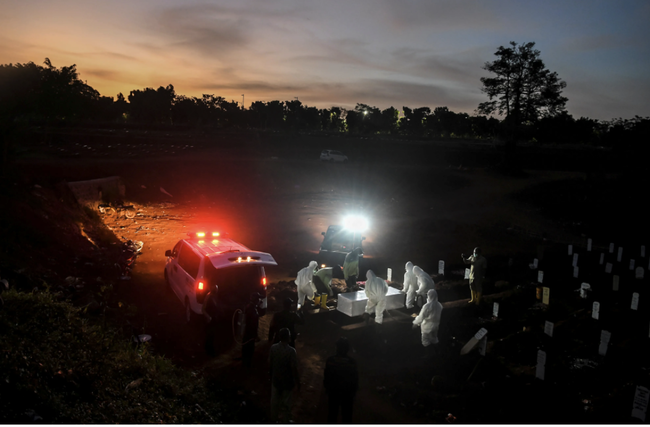 Yet another case of COVID-19 reinfection has been confirmed Thursday after a man who traveled from the US to the eastern Chinese city of Nanjing reportedly tested positive for the coronavirus, after two negative tests in less than a month, the local government said.

The man was confirmed as infected on Sept. 9, and had been previously tested twice since his Aug. 11 arrival. The individual has been described as asymtpomatic.

Of course, we’ve reported on new research suggesting that “dead” virus RNA can trigger positive tests. But if the previously infected can trip tests months later, even after testing negative, that could raise new and uncomfortable questions about global infection tallies, while also offering some insight into the decline in global deaths

On Thursday, China reported seven new cases for the past 24 hours, up from just two a day earlier. All of the new cases were described as imported, including the case mentioned above, since they all allegedly involved travelers from overseas. China has gone 25 consecutive days with no local transmissions. Though South Korea raised important questions about China’s numbers earlier this week.

A few weeks ago, Hong Kong confirmed the first case of reinfection anywhere in the wold. Since then, others have been confirmed in Asia and Europe.

In other news, Australia’s state of Victoria reported 51 new cases and seven deaths from the virus, compared with 76 cases and 11 deaths a day earlier, in the latest sign that the outbreak is finally waning.

Once again, India reported a record single-day spike in cases and fatalities, with 95,735 infections and 1,172 deaths in the last 24 hours, bringing its COVID-19 total to more than 4.46 million and extending its lead over Brazil.

In Europe, confirmed coronavirus cases have surpassed 4.6 million, according the WHO. The UK and 13 EU member states are currently “experiencing larger outbreaks of local transmission defined through an assessment of factors including, but not limited to: large numbers of cases not linkable to transmission chains; large numbers of cases from sentinel lab surveillance; and/or multiple unrelated clusters in several areas of the country/territory/area,” the WHO said in a statement.

….while the global death toll topped 901,050, the latest in a series of grim milestones. Forecasts from IHME, an organization affiliated with the University of Washington, has the world on track for 2.8 million deaths by January.

Though many critics have scoffed at these numbers, since a surge of new cases in Europe has seen far fewer deaths than the first wave.