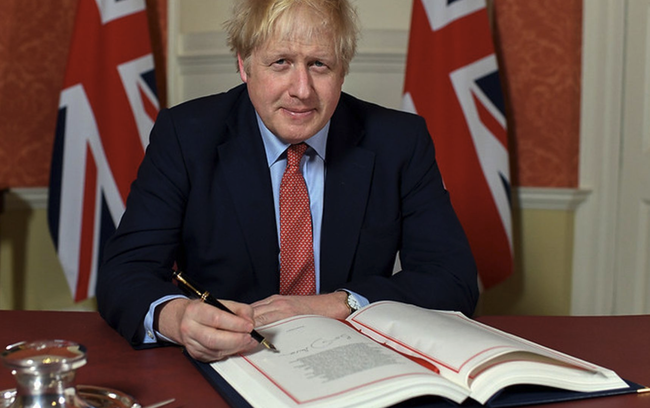 
As expected, Brussels isn’t thrilled about new draft legislation from UK PM Boris Johnson that would effectively invalidate the hated “Irish Backstop” – as the provision in the withdrawal agreement was known before the treaty was ratified – and in a throwback to the thick of the deal talks from the spring of 2019, the latest news on the Brexit front is being blamed for a turnaround in US stocks.

Following a day of deal talks between the UK and EU in Brussels, Commission VP Maros Sefcovic said in an official statement that the new legislation introduced by PM Johnson and his allies had “seriously damaged” trust between the EU and UK and that “it would constitute an extremely serious violation of the Withdrawal Agreement and of international law”. They demanded that the bill be scrapped by the end of the month “or else”, according to Sky News.

The demand follows an “extraordinary meeting” on Thursday between Sefcovic and Cabinet Office minister Michael Gove. Sefcovic also reportedly told Gove the withdrawal agreement was a “legal obligation” and that the EU “expects the letter and spirit of this agreement to be fully respected”.

The so-called “Intermarket Bill” is London’s attempt to “clarify” the withdrawal agreement. Prime Minister Boris Johnson has defended the Internal Market Bill by claiming it would “ensure the integrity of the UK internal market” and ensure there are no barriers to trade inside the UK after the first of the year, when Johnson has insisted the UK will be exiting the transition period no matter what, either with a free trade agreement or based on WTO rules.

The new bill had its first reading on Wednesday, following a series of leaks over the weekend.

It outlines a new “safety net” of rules for trade between England, Scotland, Wales and Northern Ireland to prevent disruption to the internal  market inside the UK, even in the event that Britain and the EU do not reach an agreement by the end of 2020. The bill would ensure there will be no new checks on goods moving from Northern Ireland to the rest of the U, and gives U.K. ministers the powers to “disapply” rules relating to the movement of goods. It also specifically states that provisions in the law will override parts of the withdrawal agreement, where applicable.

Others have praised it as a coup for Johnson, with Tom Luongo arguing that the EU drew first blood during the withdrawal agreement negotiations, and that this move may be the thing that finally forces Brussels to cave completely even while they fulminate about the Brits “violating international law” by amending a standing treaty.

The news sent the pound lower against the dollar, driving the buck higher, and leading to claims that the move in FX helped catalyze the turn lower in stocks earlier this morning.