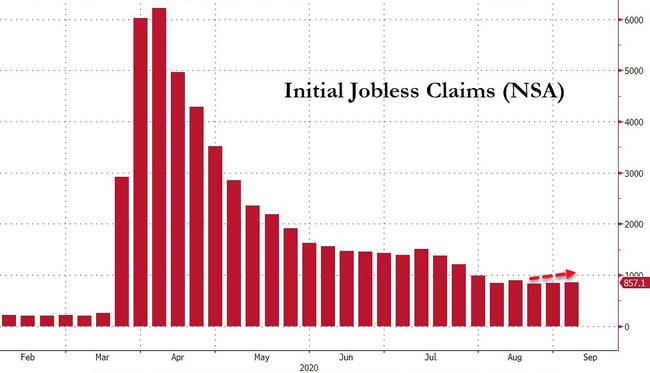 
For some reason, the line in the sand for ‘good’ news on initial jobless claims has become 1 million. Twice in the last four weeks, there has been fewer than 1 million Americans filing for first time unemployment benefits (and before that there were 20 straight weeks well above 1 million per week).

But, non-seasonally-adjusted initial claims rose for the second week in a row…

In fact, as Mike Shedlock notes, since the April bottom, part-time employment has regained a much greater share of employees who were laid off.

Full-time employment is up more in raw numbers but lags on a percentage basis.

Part-time employment will recover first and then some. In a few months, it may exceed 100%.