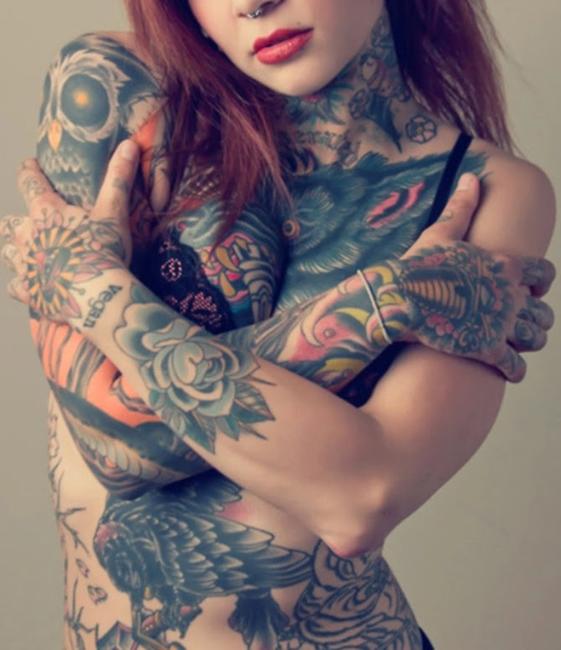 Variety is the spice of life but when does it go too far? When does a person move from being a nonconformist to where they are just plain weird?

This is not a question that is easily answered.

A sub-group of our population that is difficult to define is that of “weirdos.” Even in our politically correct society, this is a subject that merits more than a quick once over. The dictionary defines a weirdo as a person who is extraordinarily strange or eccentric. With that in mind, it is important to ponder the effect these individuals have upon society and our culture.

A news piece on about a “swingers club” quietly operating in my city. I found myself pondering the implication of its existence. In many ways, the members of such clubs fall into the category of sexual deviants in that many sport values far from society’s norm. Back in college I took a course that explored social deviants, how they were, shall we say, trained and recruited. This is a very interesting subject. While some people move off mainstream values for attention, to emphasize their individuality, or during self-exploration, it does have implications for the overall culture. The growing number of people seeking tattoos is evidence of this trend.

The topic of weirdos is complex because it can also extend into the area of dysfunctional individuals from which society suffers no shortage. Whether crazy, stupid, or simply marching to the beat of a different drummer it seems the number of these people is on the rise. In many parts of the western world, society has been on a mission that encourages people to embrace their individuality and this is apparent by the growing number of eccentric people. What is leading to this explosion of “I am Me” and often self-centered behavior? One thing is clear, more people are being allowed to express their individuality and this can be seen in the way many people claim gender is no longer carved in stone at birth.

Is This Weird Or Very Cool?

Interestingly the effect on society of allowing this sub-group to expand has yet to be determined. I’m not advocating doing anything about controlling social deviants but merely pondering their existence and growing influence. In China conformity is highly valued and fostered by its government that seeks control over all facets of a person’s life. A balance between conformity and over the top diversity is most likely a place where society finds its happy place. Conformity can crush the human soul while the lack of it is often difficult for society to address. because it tends to bring up the issue of where one person’s rights end and another persons begin.

Feeding into this subject is the concern that by adopting a hands-off approach to halting the expansion of this trend we institutionalize or make it a normal and acceptable part of our culture. It could be argued that self-expression is a human right and I’m not advocating denying anyone that right. As an example to highlight the fact this is an issue, the following was lifted from the comment section of a recent online publication where many of those weighing in voiced concern or noted what they saw as a troubling trend. The comment read:

They are almost always overweight, usually functionally illiterate, often incapable of all but the most basic personal hygiene, not merely unemployed but also unemployable, addicted to corn syrup junk food and TV they were force-fed as children, convinced that nothing is their fault because they’ve never heard otherwise and physically aggressive whenever there is no prospect of immediate punishment.

Such types were rare when I was a lad but now they are 10 to 20 percent of the population and increasing.

It’s not their fault but it’s time to cull the herd.

It should be noted that I started witting this article in December of 2019 but dropped it onto the back burner because of its questionable nature. At times, it seems deviant and dysfunctional behavior overlap. On occasion I have found myself, surprised, shocked, amazed, and even appalled at just how much the shape of the human body can be distorted by obesity or a lack of exercise. Widening the scope to people “deviating from the norm,” at times it appears these often atypical humans are in a race to present us with the most bizarre. Some of these folks are not just offbeat or unusual but seem to be making an over the top effort to give new meaning to the term freaky.

It may be simplistic to label this or that, good or bad but it could be argued our culture and society is geared much like the caste system. Today we are seeing inequality soar and it can be argued this tends to reduce the ability of individuals to move up the social ladder. The question is just how much of this is by design and due to the culturally elite putting their foot on the head of those below them.

Circling back to the subjects of weirdos, diversity, and individuality could it be this is all being encouraged to weaken and divide the power of the masses? For years Japan has been pointed to as a society that functions with little friction. Much of the credit is attributed to their culture and its homogeneous nature. Japan has a strong sense of group and national identity and little or no ethnic or racial diversity. Another unique aspect of Japanese society has a highly structured approach to managing and resolving these differences.

This article should be viewed in its entirety as a cultural “observation and nothing more.” The fact is our culture is always changing. Please consider it “food for thought.” Also, please note, a big problem we face today is society’s inability to get people to obey its rules and laws. Long-term this has dire consequences. This article explores this trend and its ramifications.