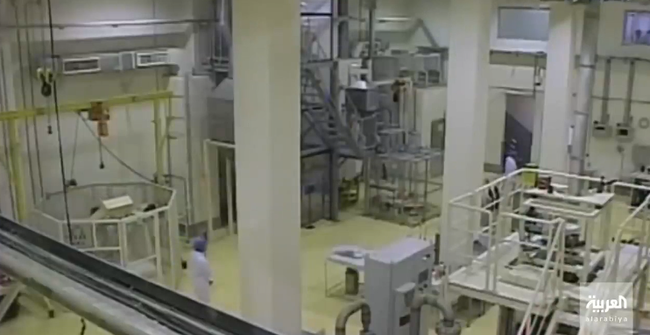 Iran has identified the perpetrators of an act of sabotage at Natanz nuclear facility in the central part of the country in July, according to a spokesperson for the Atomic Energy Organization of Iran. Behrouz Kamalvandi said that while the details of the act of sabotage are still being investigated, the security forces “have detected the agents [who committed the act of sabotage] as well as the motive, methods and manner of the sabotage.”

According to the Iranian side, the saboteurs sought to disrupt the uranium enrichment process at the Natanz facility, but they were not successful in this respect. The act of sabotage reportedly caused no casualties and failed to stop the enrichment work at the facility. The AEOI spokesman likened the current conditions facing the country to the battleground adding that security forces allegedly “succeeded in confronting a large number of cyber attacks on its nuclear facilities.”

The AEOI for the first time described the July 2 incident at the Natanz nuclear facility as a sabotage attack on July 23, and since then pro-Iranian sources have repeatedly vowed to take revenge for the attack.

Meanwhile, Iran’s Defence Minister Amir Hatami announced that the country is working to expand its missile capabilities even further. In particular, the military is working on air-launched cruise missiles that would be able to hit targets in the range of up to 1,400km.

These statements cause expected concern in Israel, the United States and Saudi Arabia, as the main geopolitical opponents of Iran in the region. They also claim that Teheran has been ramping up its proxy efforts against the Saudi-Israeli-US block in Yemen, Iraq, Syria, Lebanon and the Gaza Strip.

Despite loud claims by Iranian officials and state-linked media, Iran is in fact not interested in an open military confrontation with the US-Israeli alliance. Therefore, it is logical that the Iranian response to the Natanz attack will likely be asymmetric. The recently increased IED attacks on US convoys and rocket strikes on US-affiliated facilities in Iraq could be a part of this campaign.

At the same time, Israel has been actively strengthening security measures on the contact lines with Lebanon and Syria, and continues its low intensity bombing campaign against ‘Iranian-linked targets’ in Syria.

Iran cannot leave attacks on its nuclear infrastructure unanswered. Nonetheless, if the Iranian asymmetric response appears to be too successful, Israel and its allies in any case will blame Iran, even if they have no smoking gun evidence. Therefore, the confrontation will escalate even further.