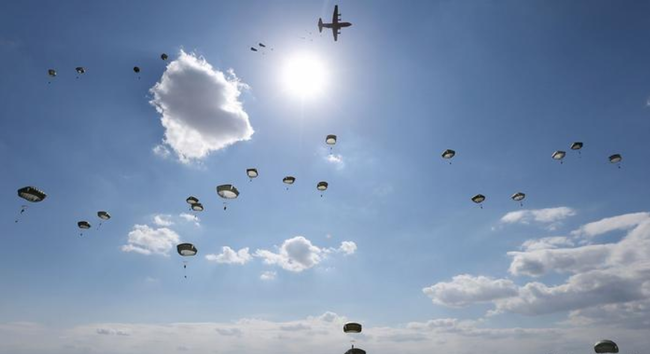 
Yet another provocation sure to increase tensions between Russian and NATO has begun this week in the form of war games hosted by the Republic of Georgia.

On Monday the Noble Partner 2020 military exercises kicked off, which involves close to 3,000 NATO troops from the US, Britain, France and Poland. Centered on the capital of Tibilisi, the games will simulate an external invasion of the caucuses country.

The US Army began training exercises last week ahead of the main part of the games, which will go through September 18.

The small country of Georgia is of course not a NATO member, though has since the 2008 Russo-Georgian War been increasingly cooperative and favored by the Atlantic military alliance.

Georgia has bid for membership in the alliance, though the long running South Ossetia and Abkhazia disputes are seen as preventing that, given NATO membership would most certainly trigger broader war with Russia. NATO leaders in 2008 pledged that Georgia “will become a NATO member” but the Russian issue looms too large to actually pull the trigger.

Anytime Georgia hosts war games, it stands accused by the Kremlin of modeling exercises on the prior Russo-Georgian War. Russia also sees such games as a threat given the immediate vicinity to its border.

Georgian Prime Minister Giorgi Gakharia sought to sidestep any accusations, describing the drills as “a guarantee of peace in our country” and “are not directed against anyone,” in an opening address to troops.

No doubt such overt pro-NATO talk, again part its longstanding bid to join the military alliance, is also sure to rattle and anger Russia.