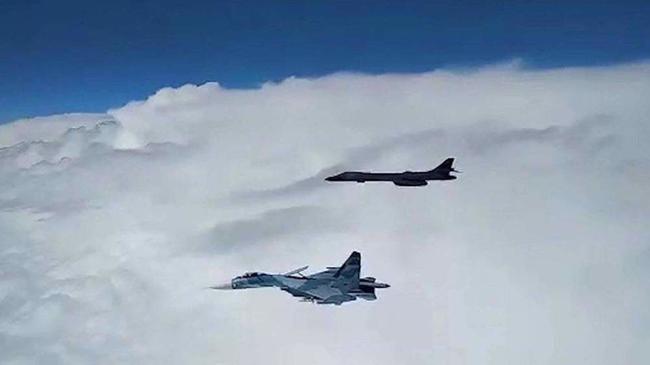 
The Kremlin has lashed out at US and NATO forces, saying amid the ongoing tit-for-tat intercepts over the Black and Baltic Seas, NATO is dangerously escalating its tactics to include “mock missile strikes” targeting Russian border areas.

Defense Minister Sergey Shoigu made the comments in a Russian broadcast interview on Sunday, where he noted a significant increase in foreign surveillance and provocative aerial drills in the vicinity of Russia’s airspace. Importantly he described that:

“The most alarming is that if earlier – even though not that frequently – there were mainly reconnaissance aircraft, they’ve now begun regular training flights with large numbers of planes, during which the mock missile strikes are conducted.”

Indeed within the past week the US has sent multiple B-52 bomber flights over the Black Sea in the direction of Russia’s borders, resulting in two close-up intercepts after Russian fighter jets were scrambled.

As we described earlier, it appears the US is attempting to sweep up valuable intelligence data on Russia’s aerial sensors and communications tech in the process. Both sides typically have reconnaissance aircraft nearby when such tense encounters happen.

USAF video of an ‘unsafe and unprofessional’ intercept of a B-52 by a Russian SU-27 over the Black Sea. pic.twitter.com/k7lzNseIJJ

In late August a Russian intercept of a B-52 flight resulted in what the Pentagon slammed as “unsafe” maneuvers by the Russian side, which even limited the US bomber’s ability to change course, given the Russian aircraft reportedly came within a mere 100 feet of the bomber’s nose.