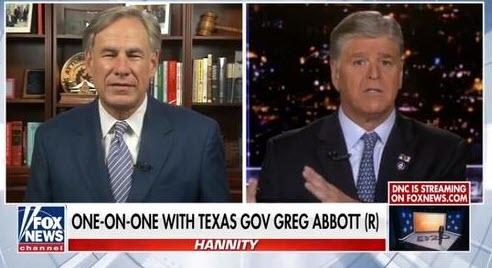 
Citizens around the country are hurriedly working out ways to try and prevent their local police from falling victim to the ridiculous demands of “defunding” being pushed by Marxist social justice groups and socialist politicians across the country.

The Texas Attorney General appears to have come up with one such solution: enact legislation that puts Austin’s police under state control.

Governor Greg Abbott is considering the legislation, according to Attorney General Ken Paxton. The move comes in response to Austin’s Mayor, Steve Adler, seeking to defund $150 million from the Austin Police Department.

Paxton told Fox News: “That makes little to no sense and makes our city less safe. We can fund the police in a way that will keep the city safe, which is what we all want.”

Abbott Tweeted about the proposal late last week: “We can’t let Austin’s defunding & disrespect for law enforcement to endanger the public & invite chaos like in Portland and Seattle.”

Mayor Steve Adler has blamed President Trump for the unrest in the city. The city’s council issued a vote of “no confidence” in the city’s police leadership back in June to try and spur changes to end police violence against people of color – none of which appeared to be an issue in Austin.

“I think they’re appeasing left-wing radicals who think this is a good idea,” Paxton concluded.