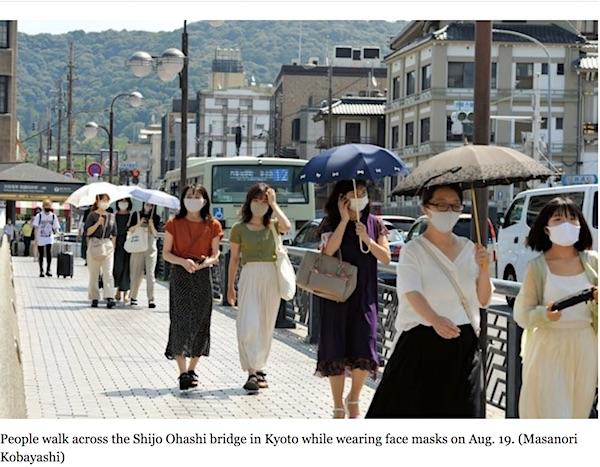 Of course, because I’m a dreamer, I start off an essay like this with the idea that I should do an all-encompassing idea of COVID19, all around the world no less, for the rest of 2020, and beyond. Only to find that nobody, including me, even if I have a few advantages over most, could possibly do such a thing. So of necessity there’ll be this essay and many more to come. As the US elections set the world on fire.

Rapid tests: these things have been available for months, but have been obstructed by guidelines that say every test must be PCR, which take a long time to produce results, which test positive on dead virus etc. etc. Whereas rapid tests (there are several options) detect a virus load when it’s most likely to infect a third person (the no. 1 thing you want to find!, and moreover show a result in minutes and cost a few pennies each (don’t fall for the $5 a test thing!). You can do a paper test for everyone every single day.

We have this, we got this, but we’re not doing it. The answer from the politicians who have failed to grasp this reality will be: another lockdown! But there won’t be another lockdown. Or, there will be in some locations, but what good is that if neighbors don’t lock down? More on that in a bit.

Hydroxychloroquine (or ivermectin) and zinc -combined if you will with an antibiotic- for those who are infected or close to it, combined with a substantial increase in everyone’s vitamin D levels in your population -right now, you already lost half a year!- will bring down death and suffering enormously. Don’t listen to your doctor, listen to us.

A bit of -potential- harsh reality came to us today through a report from Washington University’s Institute for Health Metrics and Evaluation. They predict total deaths to triple globally, and double in the US, in less than four months from today.

Total COVID19 Deaths Projected To Double In US, Triple in World By Jan. 1

U.S. deaths from the coronavirus will reach 410,000 by the end of the year, more than double the current death toll, and deaths could soar to 3,000 per day in December, the University of Washington’s health institute forecast on Friday. Deaths could be reduced by 30% if more Americans wore face masks as epidemiologists have advised, but mask-wearing is declining, the university’s Institute for Health Metrics and Evaluation said. The U.S. death rate projected by the IHME model, which has been cited by the White House Coronavirus Task Force, would more than triple the current death rate of some 850 per day.

“We expect the daily death rate in the United States, because of seasonality and declining vigilance of the public, to reach nearly 3,000 a day in December,” the institute, which bills itself as an independent research center, said in an update of its periodic forecasts. “Cumulative deaths expected by January 1 are 410,000; this is 225,000 deaths from now until the end of the year,” the institute said. It previously projected 317,697 deaths by Dec. 1. The model’s outlook for the world was even more dire, with deaths projected to triple to 2.8 million by Jan. 1, 2021.

No, I won’t take back one word of what I’ve been saying about the best ways to tackle COVD19 over the past 8 months, for instance in April 15’s The Only Man Who Has A Clue about Nassim Taleb. He was still right, and that’s not going to change. But that doesn’t mean nothing has changed. Actually, a lot has.

Taleb’s approach, and that of his “co-conspirators” Yaneer Bar-Yam and Joe Norman, is as valid as it ever was, but that validity doesn’t last forever if it is not applied by those in charge of policy. It hasn’t been and today we’re way past the best-before date. Which, as we will see going forward, is highly unfortunate, because all the alternatives are -much- worse.

We’ve seen an entire world, and tons of governments in that world, caught with no blueprints and no playbooks for a coronavirus pandemic, despite having been warned about such a pandemic coming, for decades. And so they all went into “make it up as you go along” mode. With very little knowledge of what was going on, and what to expect.

With predictable failures as a result. But because the pandemic has largely played out on a national level, not international, they manage to keep their failures hidden behind a facade of “we listened to the best science”, “nobody could have seen this coming”, and “if only people had listened to (obeyed)” what we said all along.

As I explained in the Taleb piece, the first, the initial, scientists to refer to in a case like SARS-CoV-2 are not epidemiologists, because they are backward looking; they compare the little they know about a new virus with what they know about earlier ones. Even if it’s all essentially a mismatch.

That’s why blueprints and playbooks, written well before a pandemic happens, are so important. You should never leave those things up to politicians, who don’t understand the matter at hand, who will always have other interests in mind (the economy), and will therefore assemble a bunch of local epidemiologists in order to declare: we’re listening to science!

Not the crappy bluish masks everyone’s wearing today, that’s just a symbolic thing, but get the real thing, for everyone. How many has your government offered to you to date, while spending billions of trillions on the effects of the virus? Really, politicians are always useless when it comes to emergencies, because that’s not what they get elected for.

And no, face masks are not useless, but they certainly are outside. The risk of you getting infected – or infecting someone- are infinitesimal on the street. Unless someone spits or coughs in your face, but if that happens, that bluish mask won’t do much good anyway. So when I see a photo like this, of Japanese girls en masse wearing almost useless masks (only because the others do it too), I can only think: why don’t we teach people what works and what doesn’t? (I see the same thing here in Athens a lot too)

A strict lockdown in the Australian city of Melbourne has been extended by two weeks, with officials saying new Covid-19 cases had not dropped enough. Victoria State Premier Daniel Andrews said the restrictions would be in place until 28 September, with a slight relaxation. A gradual easing of the measures will be implemented from October. The state has been the epicentre of the country’s second wave, accounting for 90% of Australia’s 753 deaths. Australia has recorded a total of 26,000 cases in a population of 25 million. The greater Melbourne area entered a second lockdown on 9 July after a rise in cases. A 5km (3 mile) travel limit and night time curfew was imposed while shops and businesses were closed. The current stage four lockdown was originally set to end on 13 September.

2nd lockdowns are going to be hell to pay, for governments, for their citizens, for their economies. And they don’t have to be. If just everyone gets out the Fauci, “experts”, mood., and their potential connections to Big Pharma. Vitamin D and zinc and HCS look very promising. So does the Russian vaccine, but we don’t want it because, well, it’s Russian, and even more because it would deprive Gilead et al of huge potential profits furnished by western governments.

No, not all lockdowns are terrible. But a lock down should last maximum 2 months, or you will needlessly destroy your economy. Thing is, you must make sure it’s real, effective and short, not some Swedish or Dutch half-lockdown, or any of the half-assed US ones. A lockdown is either a lockdown or it’s not. But we’ve already passed that fase. Lockdowns in most locations will simply no longer be accepted.

Facemasks can have a real potential, but just as with lockdowns, only when applied appropriately, at the right time and under the right circumstances. I don’t subscribe to the right wing US idea that it is all just a bad joke and a means to oppress people. But if you order people to wear masks outside, where the infection risk borders on zero, and you order churches closed but not demonstrations or Target, you just show you understand neither the virus not your people. And then try and claw that one back.

We try to run the Automatic Earth on donations. Since ad revenue has collapsed, your support is now an integral part of the process. Thank you for your ongoing support.