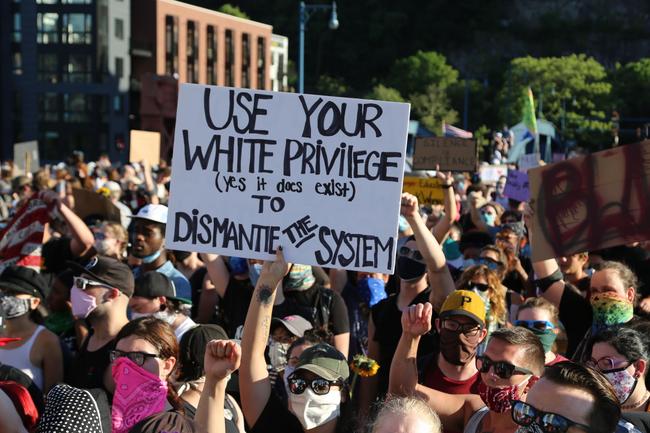 One of the stranger parts of the summer of left-wing violence is that no one has bothered to think too much about why the people are rioting. Sure, the official Left says it is an organic uprising over something or other. The official Right says these people are communists doing communisms. That’s the same old tired sloganeering we hear from the political class all the time. Neither claim gets to the question of why these people are out in the streets every night in certain cities.

Initially, the Black Lives Matter stuff was just the semi-organized Democratic Party street activism we have come to expect before an election. BLM was organized by the Obama administration on the college campuses. Then it bled into the legacy racial grievance rackets. The statue toppling after George Floyd overdosed in police custody was mostly paid for by the party trying to whip up black support. Then it gave way to the anarchy we are seeing in places like Seattle and Portland.

That’s an aspect that gets very little attention.

The violence we are seeing is in mostly white cities by mostly white people. Minneapolis is 19% black. Seattle is 7% black and Portland is 6% black. Kenosha is 10% black and close to 80% white! Note that super-black cities like Baltimore, St. Louis and Detroit have had no riots. Los Angeles, which just had a police shooting, could not get a decent riot going. They tried, but they lack the white kids with back packs needed to do it.

The truth behind these riots is that they have nothing to do with local issues or legitimate grievances. They are simply a happening that is drawing in the disaffected white youth that provides bodies for Antifa. Get up close to an Antifa crowd and what is striking is how unimpressive they are individually. The males are skinny and awkward, while the females are loud and ridiculous. These are young whites who have no place in the neo-liberal order, so they end up in Antifa.

What being in the anarchist underground gives them is the same thing you see in other types of anti-social subcultures. They get a sense of purpose, but also a community in which they have a clearly understood place. They go out and protests or riot with their mates and then have that to bond over afterward. It is not all that different from the hooliganism you see around European soccer. The difference is the Antifa kids come from the middle-class, rather than the working class.

Now, calling them kids is not entirely accurate. The guy who murdered the Trump fan in Portland is a middle-aged man. Still, he is a good example of a larger phenomenon that is fueling anarchism and also fueled the alt-right to some degree. This is a guy who has no place to go in life. There’s no role for a low-normal intelligence white guy with a taste for action. He’s probably too dumb for the military and there is no working-class community for him, so he drifted into anarchism.

The cities that are experiencing the anarchist unrest should be models for the modern liberal democratic order. They have very low crime. They are prosperous, bourgeois urban areas based on the new economy. The young people have access to college and jobs, while living in carefully curated hipster areas. Portland is what east coast cities aspire to, in terms of demographics and urban renewal. The whole point of gentrification has been to look more like Seattle than The Bronx.

The problem is these cities are entirely synthetic. Walk around hipster parts of these model cities and they seem very nice, but they also feel like the suburban town centers developers create for their housing developments. You can’t put your finger on it, but something is missing. Granted, visitors can’t truly judge these things, but the constant civil unrest by the younger people suggests they are not happy with the paradise in the wilderness either. Progressive Whitopia is not working.

Related is the flight out of places like San Francisco and New York. The plague is being blamed for it. The man-made panic shutting down these cities is forcing people to find greener pastures. Note, however, that the people who flocked to these urban oases for the culture, lifestyle and urban living are unwilling to fight for it. Instead of taking to the streets demanding more from their mayors, they are just packing the Subaru and heading for the suburbs. It was all fake and temporary for them.

What we may be seeing this summer has nothing to do with the tired clichés from the worn-out political establishment. Instead it is one of the consequences of trying to turn America into a Potemkin village. Replacing social capital with likes on social media and pointless employment in the new economy is not working. The generation that created it is committing suicide at record numbers. The generation that is faced with living it would rather watch it all burn than participate in it.

A truth of the human condition is men need purpose and fraternity. Maybe it is the military and family life. Maybe it is a frat at college and then a career. Maybe it is the job site and the local pub. Women need community and companionship. The nuclear family was created for them. The liberal democratic world order does none of these things for people. Living atomized, pointless lives among constantly shifting groups of strangers is a recipe for disaster, not paradise.

What’s now happening on the Left is a reflection of what has been happening in the white working and middle-classes. Progressive politicians cheer it on, because at some level, they wish they could be in the streets too. The mayor of Portland is living a pointless existence and he knows it. The difference is these anarchists get to express their unhappiness outside. Working class whites are ignored and the white middle class is threatened into remaining quiet.

Tether also confirms its throwing weight behind the post-Merge Ethereum